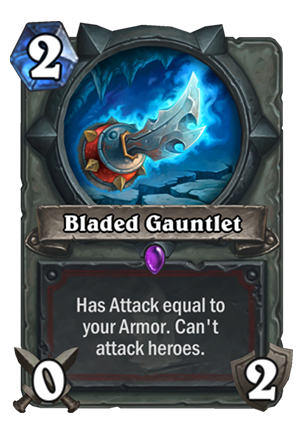 Bladed Gauntlet is a 2 Mana Cost Epic Warrior Weapon card from the Kobolds and Catacombs set!

Has Attack equal to your Armor. Can't attack heroes.