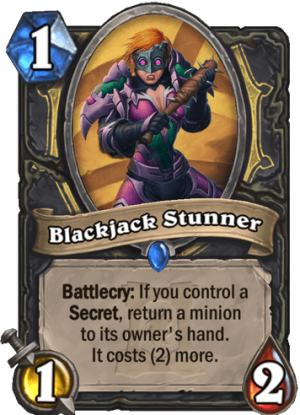 Blackjack Stunner is a 1 Mana Cost Rare Rogue Minion card from the Ashes of Outland set!

Battlecry: If you control a Secret, return a minion to its owner's hand. It costs (2) more.

"I'm about to ruin this 10-cost minion's whole career."
Tweet