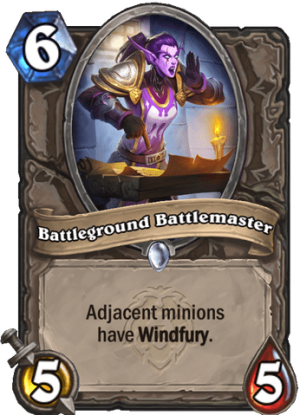 Battleground Battlemaster is a 6 Mana Cost Common Neutral Minion card from the United in Stormwind set!

Farm! No wait… Mine! No wait… 3 to Smith—they're taking Farm. Get there now!
Tweet