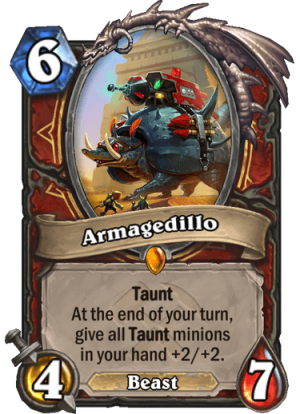 Armagedillo is a 6 Mana Cost Legendary Warrior Minion Beast card from the Saviors of Uldum set!

Taunt At the end of your turn, give all Taunt minions in your hand +2/+2.

We may never know what provoked it, but we will never forget the consequences.
Tweet