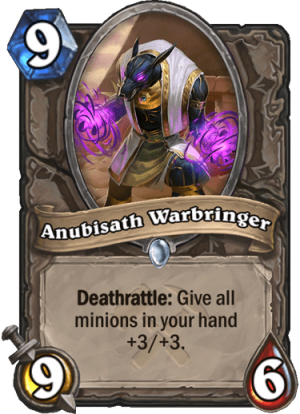 Anubisath Warbringer is a 9 Mana Cost Common Neutral Minion card from the Saviors of Uldum set!

Deathrattle: Give all minions in your hand +3/+3.

Some dogs will bring you a bone or a squeaky toy. This one brings war!
Tweet