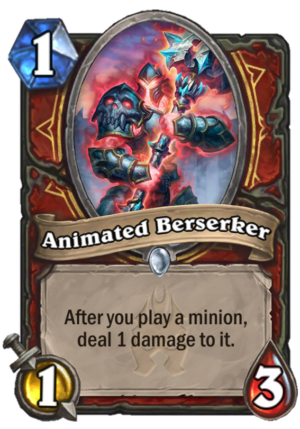 Animated Berserker is a 1 Mana Cost Common Warrior Minion card from the Knights of the Frozen Throne set!

After you play a minion, deal 1 damage to it.

He'd be a lot easier to animate if he would just stand still.
Tweet