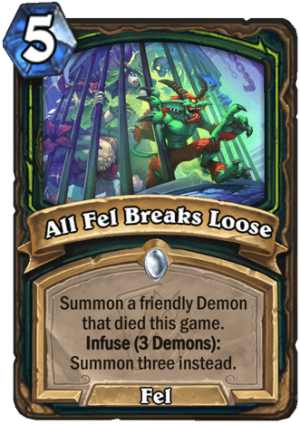 All Fel Breaks Loose is a 5 Mana Cost Common Demon Hunter Spell card from the The Maw and Disorder set!

Summon a friendly Demon that died this game. Infuse (3 Demons): Summon three instead.

Maybe we should have made the bars closer together…
Tweet 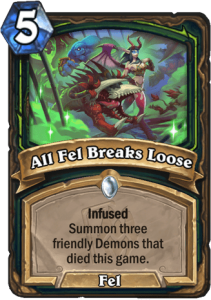