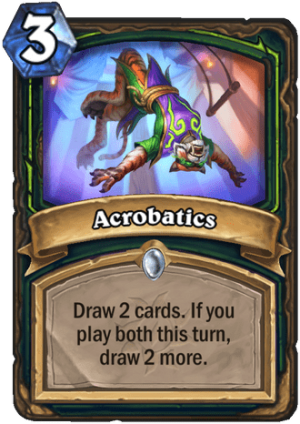 Acrobatics is a 3 Mana Cost Common Demon Hunter Spell card from the Madness at the Darkmoon Faire set!

Draw 2 cards. If you play both this turn, draw 2 more.

He soars through the air with the greatest of fleas.
Tweet