It has become customary that the cost of Battlegrounds Perks (previously known as Tavern Pass) drops down somewhere in the middle of an expansion. Since those last only until the launch of the next set, the later you buy them, the lower value they give you.

Previously, we had only a single mid-expansion price cut. However, this time around we’ve just got a second one. You can now buy Battlegrounds perks for 650 Gold or $4.99 – which is roughly 1/3 of the starting price.

As a reminder, Battlegrounds Perks are a way for players to upgrade their BG experience. The main feature is being able to choose from four Heroes instead of two. You also get early access to newly released Heroes (they get unlocked for everyone after 2 weeks), and stuff like Emotes or more advanced statistics (but “advanced” is probably an overstatement in this case).

While we don’t have any official release date for the next expansion, it looks like perks will last for about another month or so. 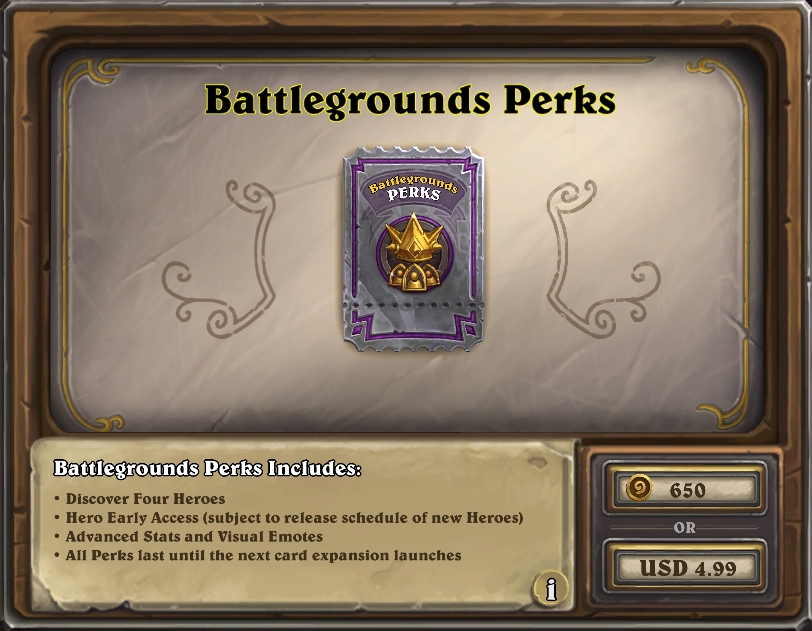