WoW’s latest expansion – Battle for Azeroth – just started with the 8.0 pre-patch! This update means that all of the game systems present in Legion have received major changes in preparation for the Battle for Azeroth content launching in August. You’ll find changes to classes, artifacts, professions, and World PvP in this patch, not to mention upright Orcs and golden-eyed Blood Elves.

If you aren’t playing WoW, but you were thinking about returning to the game, a patch right before the expansion is always the best time to do it. It’s easier to gear up, you can take full advantage of many catch-up mechanisms like buying specific legendaries, and with an influx of players it’s easier to find groups.

Not sure what to do during the pre-expansion patch? You need a refresh on what’s changed since the artifacts retired? Here’s a WoW BFA survival guide that should answer most of your questions!

The events at the end of Antorus, the Burning Throne, set the stage for Battle for Azeroth. At the end of the Argus the Unmaker fight, the Pantheon imprisons Sargeras, but not before Sargeras impales Azeroth. The impact from this attack destroys Silithus, leaving his weapon sticking out of the ground, visible for miles on end.  The attack also caused Azerite, the blood of Azeroth, to spill forth—an incredibly powerful substance that can also lead to destruction in the wrong hands. With the threat of the Legion removed and our Artifacts heroically sacrificed to absorb Sargeras’ corruption, the Alliance and Horde fall into squabbling over Azerite.

Sylvanas Windrunner, Warchief of the Horde, launches a surprise attack against the Night Elves, with the goal of gaining control of Darnassus in order to regulate the flow of Azerite and ensure Anduin cannot use it to attack the Horde. Her goal is not to destroy the city, but instead subdue the will of its citizens by killing Malfurion Stormrage.

As we’ve all seen from the Burning of Teldrassil artwork, something goes horribly wrong, Sylvanas does not occupy Darnassus, and the tree burns to the ground.

Blizzard is keeping the exact reason for the fire a secret, but we expect to learn more in the upcoming weeks through in-game quests, cinematics and novels starting July 24th. Check out our complete Burning of Teldrassil Playthrough Guide to learn more about the upcoming story!

The story doesn’t stop after Teldrassil and later in the pre-patch, we’ll fight at the Battle for Lordaeron. If you don’t mind being spoiled, Wowhead has put together an article covering all the Battle for Azeroth Expansion Lore. 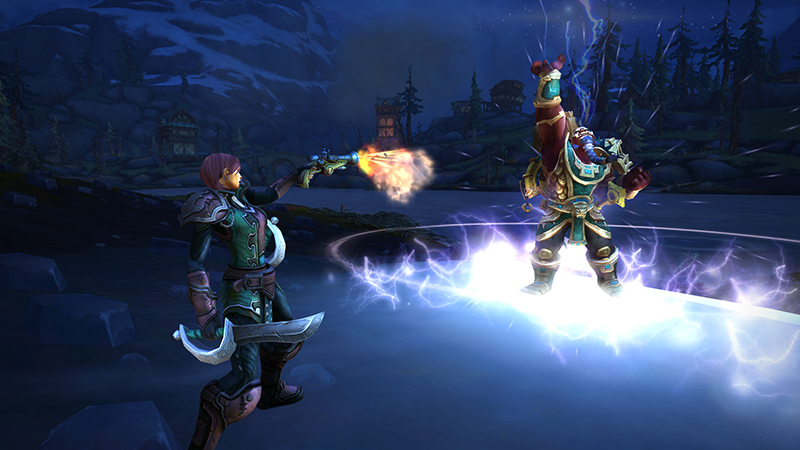 The sacrifice of our Artifact Weapons removes a number of traits and buffs from players, impacting optimal rotations, talent builds, and gearing choices. Wowhead’s writers, active theorycrafters and community figures from the Class Discords, have been working on some great class guides, highlighting the best talent builds and rotations. They’ve also summarized all of the class changes in the pre-patch as well as the impact all changes will have on your class’ playstyle.

Here’s our BFA Class Guides that should answer top questions on how to play your class after all the changes!

There are a number of technical changes to classes as well, but here are some of the larger ones which may catch your eye if you’re a returning Warcraft player: 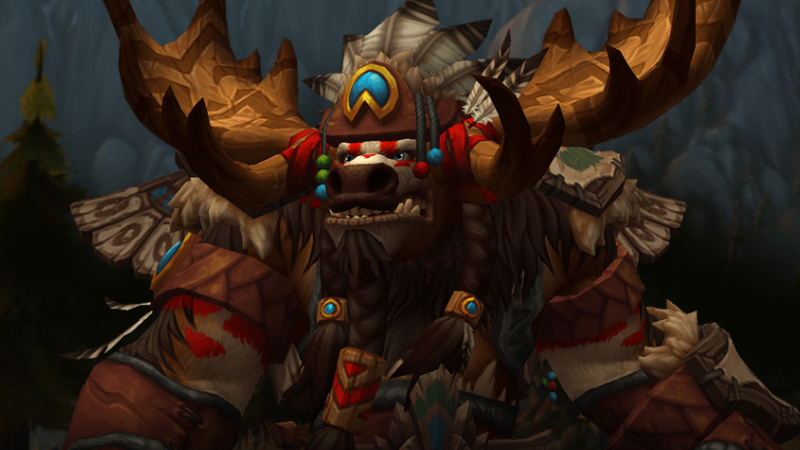 Some popular character customization options are finally making their way into WoW. With the massive appeal of Allied Races and their striking appearances, many players felt the older races could use some love—and Blizzard did just that!

In the 8.0 pre-patch, Orcs can visit the barber shop to learn upright posture, while Blood Elves can select golden eyes, reflecting lore developments since the Sunwell.

All players can now change their skin color for gold at the Barber Shop, instead of having to spend money on character services.

You can see more images and check these options out in Wowhead’s model viewer in the article Character Customization Updates Coming in the Battle for Azeroth Pre-Expansion Patch.

Everywhere you look around Azeroth, you’ll find something a bit more detailed than before in the pre-patch. Many familiar models you may remember from your early time in WoW have new looks. Blizzard has even updated Warlock Spell Animations and Uther’s Tomb in Western Plaguelands.

Wowhead has made a list of all updated creature models in Battle for Azeroth, including turtles, horses, elementals, and crabs. Cats not only have a new model, but several varied body types to look even more cuddly!

Some NPCs have also received striking updates including Anduin and Jaina. The Night Elven archers have also gotten a revamp—they’re wearing their iconic armor from the original Warcraft cinematic.

When Battle for Azeroth launches on August 14th worldwide, players explore the worlds of Kul Tiras and Zandalar, learning more about the escalating conflict between the Alliance and the Horde…and perhaps darker forces at work in Azeroth. Tons more content is on the way, including Islands and Warfronts, which is all covered in our Battle for Azeroth Expansion Guide.

For now, hop back in for the BFA pre-patch, dust off your characters, and head to Teldrassil to fight.

Let us know what you think about the upcoming WoW expansion in the comments! For all of the news about the other Blizzard game, be sure to follow HSTD’s sister site – Wowhead. We’ll see you in Azeroth!