Easter is near, and you can celebrate it in Hearthstone too! Ignoblegarden event will run between April 17 and 21.

The tavern is decked out in typical Noblegarden finery and our Hearthstone heroes are full of festive cheer. This isn’t your typical spring fling, though – the League of E.V.I.L. is in town, which means that this year’s celebrations have been tainted by the terrible tinkerer himself – Dr. Boom!

The Ignoblegarden festivities last from April 17 – 21. Here’s what’s in store: 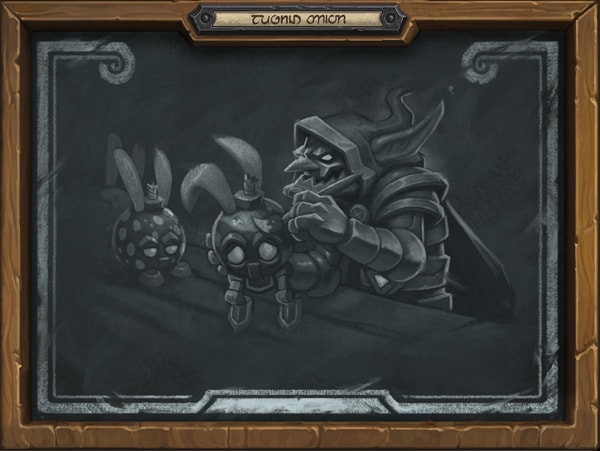 According to Dr. Boom, what a holiday really needs to succeed is tons of big-kaboom explosives. Play around with some adorable Egg-Bombs in the Tavern Brawl during this year’s (ig)Noblegarden event, but be careful, some of them might be rotten!

Choose a class, queue up, and we’ll craft you a deck full of minions & magic – plus some mayhem (thanks to Dr. Boom!)  The dastardly doctor snuck some devious Eggbots into every deck, which are sure to have explosive results on your games. Here’s what you might draw during this Brawl:

In addition to a new Brawl, if you log in during the celebration you’ll receive two golden copies of Mechano-Egg plus two The Boomsday Project card packs!

The Ignoblegarden festivities last from April 17 – 21. You won’t want to miss this eggs-plosive event!