Last week, we’ve published Iksar’s interview with Chinese website Yingdi, where he teased that another balance update is coming before next expansion. And now we’ve got more details about it. The patch will be released next Tuesday (July 14th). That’s also most likely when the pre-orders for next expansion will go live (as they require a patch), which also means that we should see the expansion’s announcement by then!

Here are the changes coming in the patch: 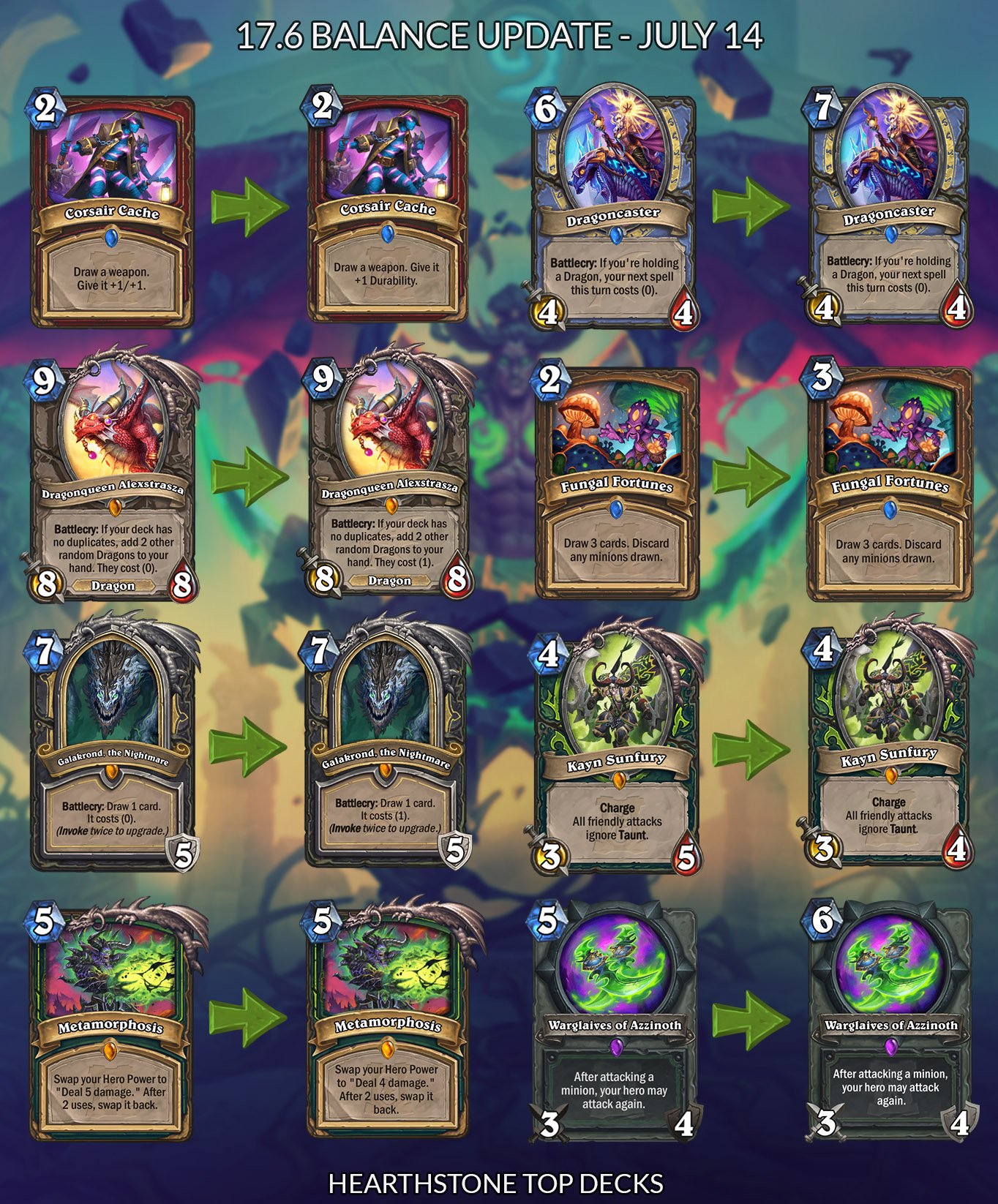 (both upgrades also have the same change)

We’ll also get some Battlegrounds changes, which should get announced soon.