Saviors of Uldum will be released on August 6, but there is a lot of action coming before. You’ve already heard about the final card reveal livestream with Brian Kibler happening tomorrow (and if you didn’t – read more here!), but that’s not all.

On August 1, just like in Rise of Shadows, a few content creators and pro players will get to experience the expansion early and stream it. They will be able to build decks from all of the cards and play against each other. They might get a glimpse of which decks can be good and which just won’t work. Of course – if you’re worried about getting a whole new meta “spoiled”, you should stop worrying. With only a handful of players getting do friendly matches, it will be no indication of the actual meta that will develop after expansion’s launch (when more matches will be played after the first few minutes than they would be able to play in a week). Of course – if you’re still worried and want to experience all the surprise after launch, I advise you to simply not watch. And in case you’re interested, we’ll be adding the new decks to our site in case you will want to play around with them later when the set is out!

But that’s still not all. We’ll be getting another Inn-vitational tournament, where a number of well-known players are pitted against each other, often playing around with a different set of rules or some handicaps. It seems that this time around, different teams will represent one of the two Leagues (League of Explorers vs League of E.V.I.L.), but we’ll learn more about it soon. This is certainly something new, because we had some early tournaments, but they were all a few days after launch and not a day BEFORE launch. Either way, it might be interesting! 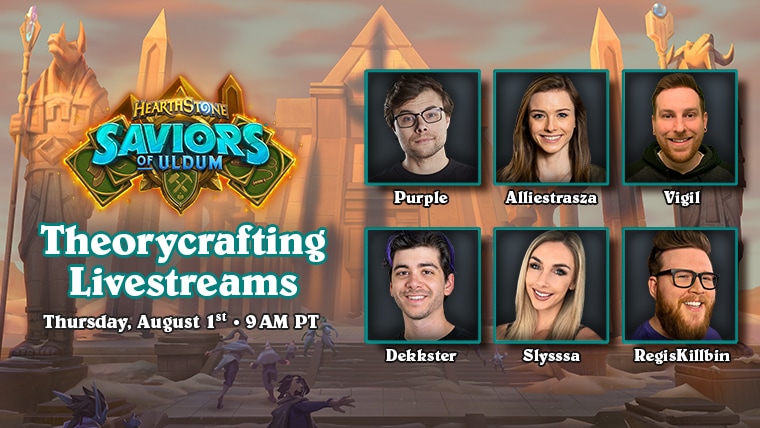 Get an in-depth look at Saviors of Uldum by watching your favorite streamers craft decks and compete with access to all 135 new cards! Tune in all day on August 1st starting at 9am PT as 6 content creators kick things off here at Blizzard HQ! But the action doesn’t stop there. On August 2nd, creators from all across the globe will be joining in on the fun, so keep an eye out as they go live on their Twitch channels! 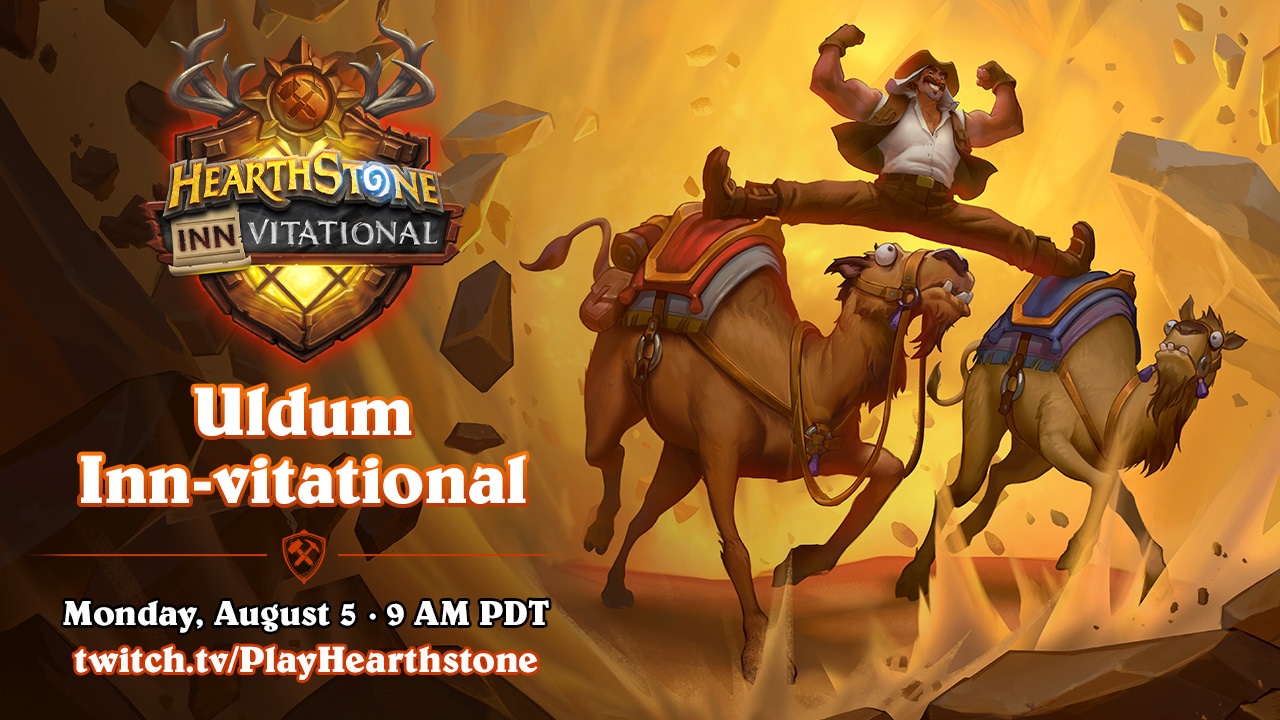 Arch-Villain Rafaam has thrown down the gauntlet and challenged the League of Explorers to a showdown! Watch as creators represent each League and battle it out using all-new Saviors of Uldum cards to see who will be declared the champion of Uldum. It’s E.V.I.L. vs. Explorers and the fate of the world is at stake! Now, which League will come out on top? More info coming soon!