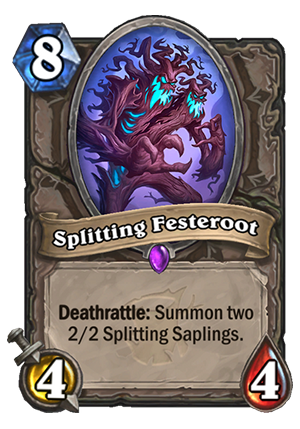 Splitting Festeroot is a 8 Mana Cost Epic Neutral Minion card from the The Witchwood set! 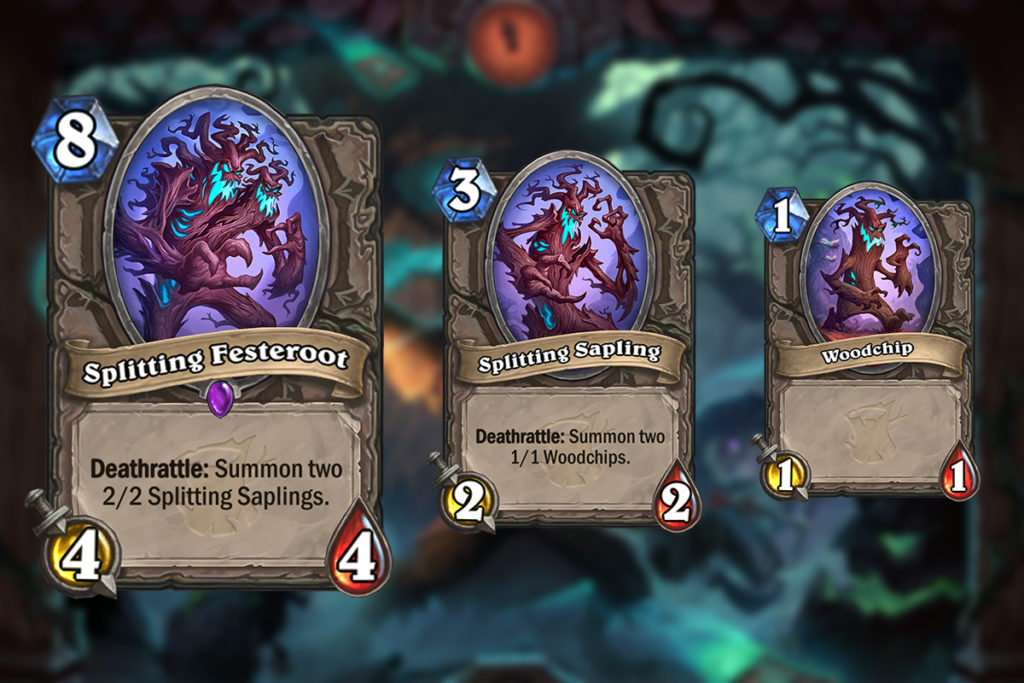 I really like this concept. You play a minion that splits into two minions on death, and those two minions split again. Without Silence or a transform effect, this is a nightmare to deal with. If you want to clear it through normal trading, you need to kill 7 bodies in total – that’s pretty insane. It’s really, really annoying.

But is it good? Well, I don’t think it is. 8 mana for an initial 4/4 minion is absolutely horrible. It gets more value when it dies, but why would your opponent want to kill it? It’s not like a 4 attack minion will threaten you in the late game. You can most likely just ignore it and take advantage of their tempo loss. Even if he trades it, and then trades the 2/2’s, it takes 3 turns in total to get full value out of it.

This is not a minion you want to play from your hand, as there is almost no matchup in which it would be good. For example, Violet Wurm is way bigger, and also summons a bunch of stuff on Deathrattle. It’s faster than this card and it still doesn’t see play, because it’s too slow. The only deck it was ever played in is Kathrena Winterwisp deck, but that’s because it’s a Beast (this one doesn’t have any tribe).

If this will see play, it won’t be in a “fair” way if you know what I mean. No one will want to play this from hand. I could see this being played if there was a way to cheat it out on the board, even in a 1/1 form like Barnes or Dollmaster Dorian do (Dorian is too inconsistent, though).

The card is cool and I like the flavor, but it doesn’t feel too good. It’s too slow even in a slow meta, and the upside is not that significant. I would rather put a Violet Wurm into my deck before this, to be honest. 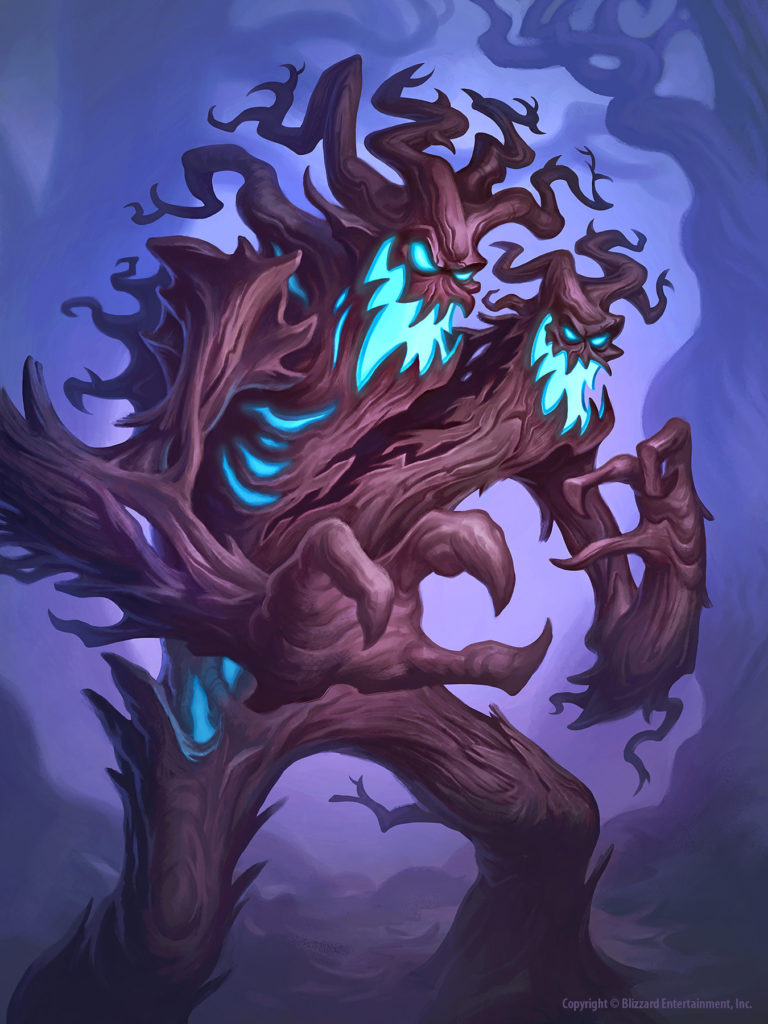