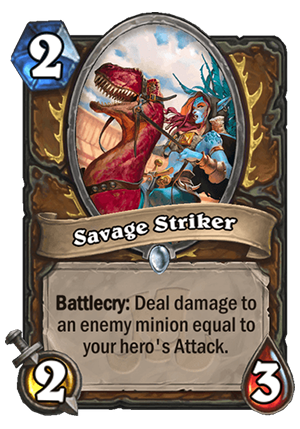 Battlecry: Deal damage to an enemy minion equal to your hero's Attack.

It’s not a very interesting card, to be honest. At least right now. Druid has very limited ways of gaining Attack, and the fact that this card is just a vanilla 2/3 until you gain some attack means that you don’t really want to drop it on the curve. It also messes up

I mean, in theory it’s basically Savagery on a stick. Normally if you put a 1 mana spell onto a 2 mana card and leave the vanilla stats, the card is broken as hell – but in this case, Savagery is one of the most situational and worst cards Druid ever had access to.

Right now the best way to use it is Malfurion the Pestilent. After you turn into DK, it becomes quite good – if you combine it with Attack Hero Power, it’s a 2 mana 2/3 that deals 3 damage to opponent’s minion. That’s neat, but you don’t want to run it with JUST Malfurion, because it’s pretty bad until you play it. You can still combo it with your basic Hero Power for 1 damage, but it’s not great. Technically, you could run some cards like Claw, Gnash or Bite, but they’re simply not good enough. This card isn’t good enough for you to suddenly run a bunch of bad cards just to combo with it.

Right now it doesn’t look great, but maybe we’ll get more synergy. If Druid gets some GOOD and CHEAP ways to gain extra Attack, then I could totally see this card being played, especially in a sort of Midrange deck, as a great tempo tool.

Card rating: 3/10 right now, but might be much better if Druid gets some good ways to gain more Attack 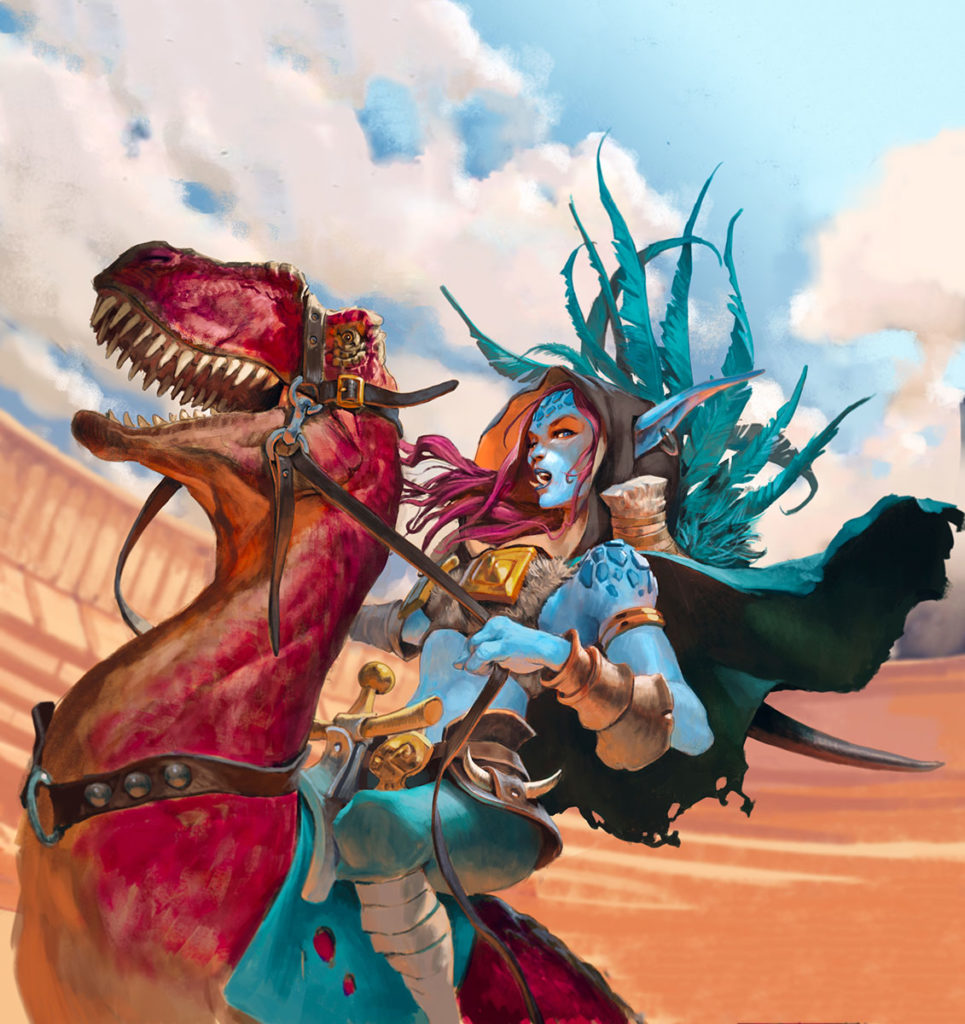