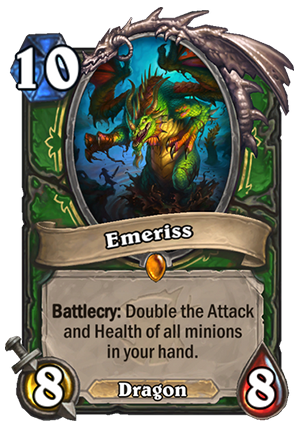 Emeriss is a 10 Mana Cost Legendary Hunter Minion Dragon card from the The Witchwood set!

Battlecry: Double the Attack and Health of all minions in your hand.

This is like a cruel joke. I see an awesome new, high cost Legendary with an exciting effect. And it’s a Dragon on top of that! Then I notice that it’s Hunter, not Neutral. Welp.

Hunter is like the worst class for this kind of card. It’s painfully slow, costs 10 mana, has no immediate board impact, doesn’t really synergize with Hunter play style or cards…

Yes, doubling the stats of all of the minions in your hand is very powerful. But when playing Hunter, even if the game lasts that long, you won’t likely have too many minions in your hand anyway. Even the slower Hunter lists like Kathrena Winterwisp decks rarely have that sort of staying power.

A card like that also has insane combo potential. For example, you can double Leeroy’s Attack to 12, making it a perfect set-up for even a simple combo with Faceless Manipulator. And that’s honestly the only way I could see Hunter using it – in some sort of combo deck. “Control Hunter” is not a thing and I don’t even know if Control Hunter would really want to play it anyway.

This card is super flashy and the effect is very cool, but it’s like a classic Legendary trap. You look at it, you think “INSANE VALUE”, but then you play it in game, most of the games end before you get to Turn 10. In games which don’t end pre-Turn 10, you often can’t play it if you’re under any kind of pressure, because it’s a 10 mana 8/8 that does nothing immediately. Sometimes you can’t play it, because you don’t have anything meaningful to buff (or combo pieces when you talk about a combo deck). Sometimes you play it, but your combo still doesn’t work, because your opponent sees your Emeriss and knows what’s coming. And they play Voidlord (or even better, Bloodreaver Gul'dan) and you’re screwed. It looks like one of those cards that works in 1 out of 10 games or something.

I’m not completely dismissing the possibility of Combo Hunter built around this card, but so far it looks unlikely.

Card rating: 2/10 (unless some mysterious Combo Hunter deck will be built around it, but I just can’t see it) 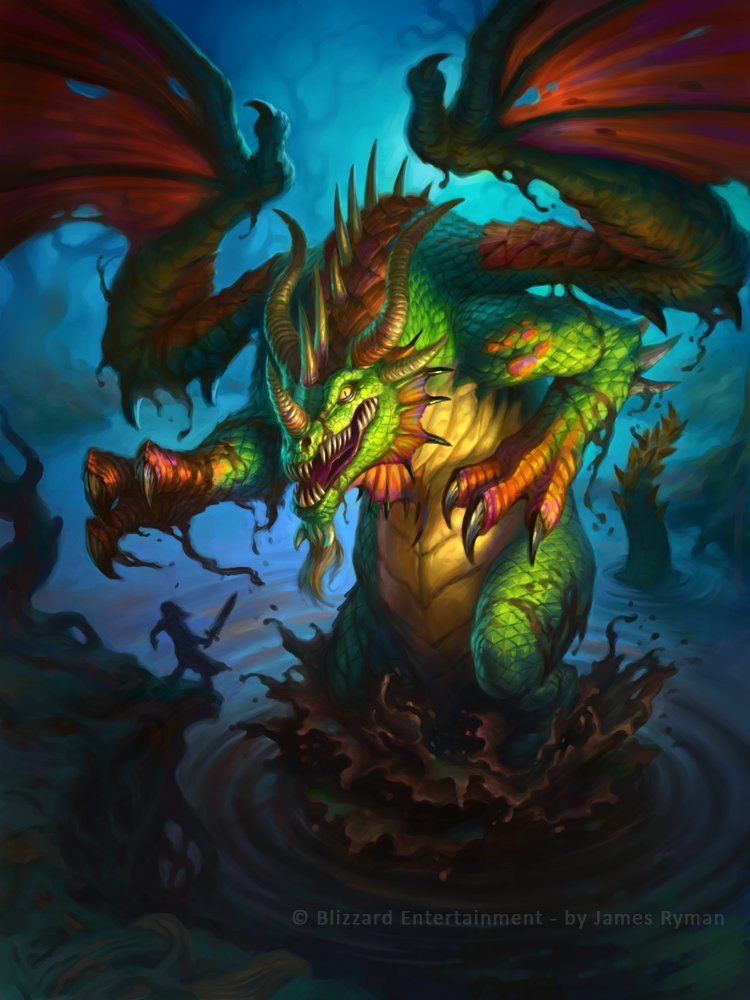