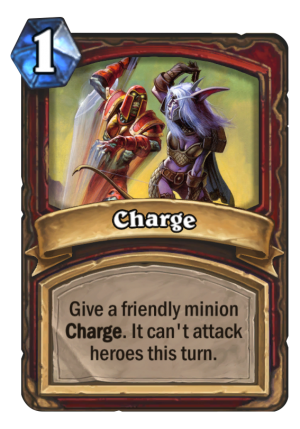 Charge is a 1 Mana Cost Free Warrior Spell card from the Basic set!

Give a friendly minion Charge. It can't attack heroes this turn.

"Guys! Guys! Slow down!" - some kind of non-warrior minion
Tweet