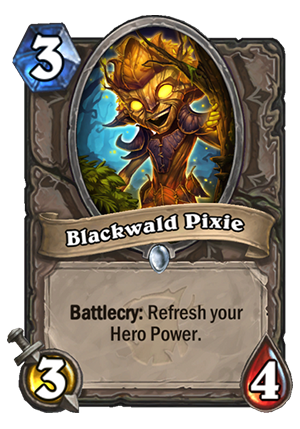 Blackwald Pixie is a 3 Mana Cost Common Neutral Minion card from the The Witchwood set!

Good stats for the cost – check.

Broken enough to be played in Constructed – che… oh wait.

I like this card a lot! This is a very well designed “average card”. It’s clearly not broken, it doesn’t activate any crazy combos, the effect is a bit small, but the body is really solid. It’s a perfect example of an above average, but not “amazing” card. Better than your average pack filler, but might have a hard time finding its home in a Constructed deck.

But wait, I’ve heard some people saying that it might revive Exodia Paladin. But I really don’t think so – this guy allows you to play your Hero Power twice and that’s it, you don’t have enough mana to do more.

Where this card could fit is just a deck with a strong Hero Power. Two examples are: decks playing Death Knight cards and Baku the Mooneater decks. While some Death Knight Hero Powers would be great to play twice during a turn (e.g. Warlock’s or Mage’s), I don’t think that’s where the card belongs. The problem is that it will be pretty bad until you play your DK. You rarely want to play your Basic Hero Powers more than once, and you sometimes don’t draw your DK until the late game.

At the same time, this should be a solid fit into a Baku deck – if such a deck will exist. Remember that those decks will look for new cards to fill the even mana slots, and this seems like a solid one. In the late game, repeating an upgraded Hero Power can give you quite a lot of extra value.

One more thing is Quest Warrior. This card would be absolutely insane in the late game, allowing you to repeat the 8 damage Hero Power. That said, it doesn’t do much to help you GET there, not to mention that Quest Warrior is a pretty dead deck right now (everything might change after the rotation, obviously).

What’s working for this card are the stats. Remember that this card could be vanilla until Turn 7 – only then you can play your HP, this and then repeat your HP. So, from Turn 3 to Turn 6, this is just a minion with no effect. However, the 3/4 stats kind of make up for that.

This is not one of those amazing new cards with cool mechanics. It’s just okay. I feel like it might see some play, but it will never be great, and rarely be the reason you won a certain match. 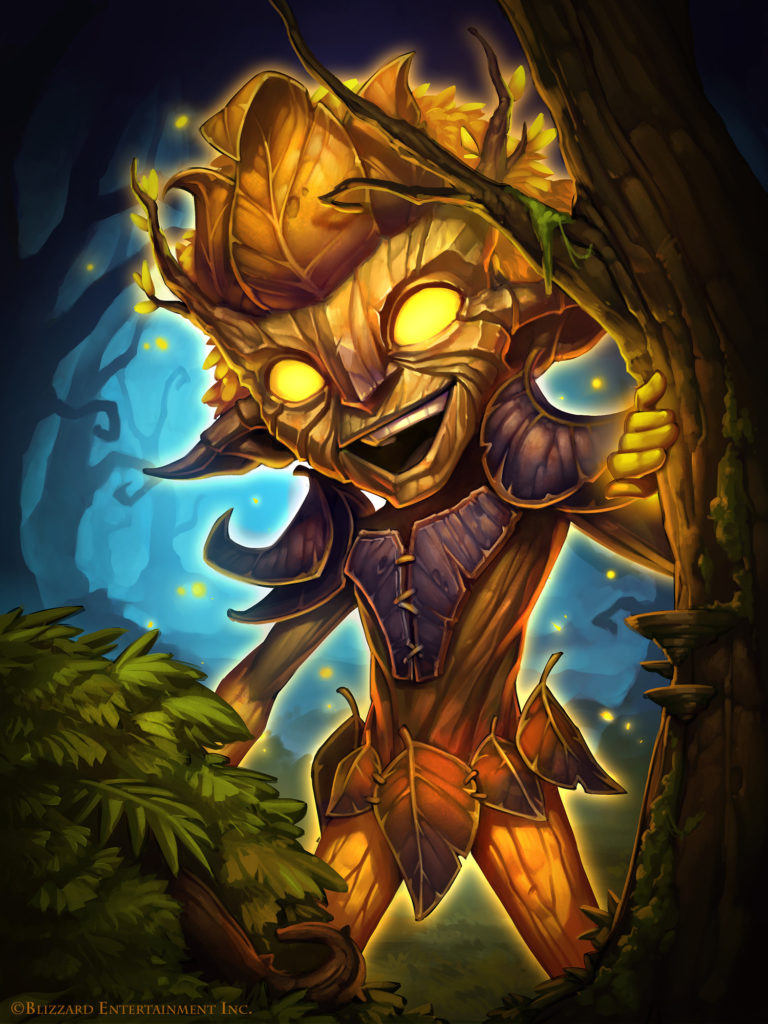