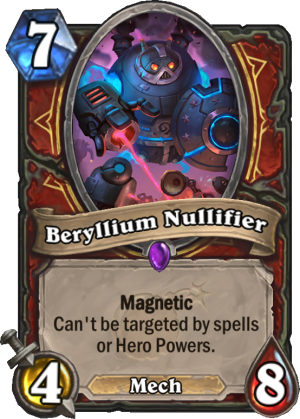 Magnetic Can't be targeted by spells or Hero Powers.

I feel like in order for a Magnetic minion to be good enough, both the regular minion and the buff needs to be at least okay when played on the curve. Not necessarily flashy, amazing and game-winning, but okay. A 3/8 body for 7 mana does not seem okay, even if it has a Mech tag and Magnetic. 3/8 is just not enough to contest most of the stuff in the late game, and not enough to put any serious pressure on the opponent. It’s slow and clunky. What this card desperately needs is Taunt – without it, it can be easily ignored. Sure, it can’t be removed by the spell removals, but it doesn’t really need to be most of the time. It can just be ignored and out-tempo’d.

If not for the Magnetic part, it’s almost on the same level as the good old Spectral Knight, which has seen some play. But it costed 5 mana, which is a huge difference.

As a buff, it looks a bit better. +3/+8 buff is still not great for 7 mana, but the “Can’t be targeted” part is where it might shine in certain situations. One of the biggest issues of buffs is putting all of your eggs into one basket. If you play two buffs on a single minion, if enemy decides to Polymorph it, you lose three cards, not one. When buffing with this one, most of the removals will be useless. It can still be Silenced, though, so that’s a big issue. Silence is very popular right now (Spellbreaker is the 4th most common card on the ladder according to HSReplay, and Ironbeak Owl is also pretty high up there), and I don’t think that it will get less popular if Magnetize mechanic will turn out to be viable.

I’d say that the buff part is comparable to Spikeridged Steed – it gives more Stats and “Can’t be targeted”, as opposed to Taunt and Deathrattle into another Taunt. However, it also costs 1 more mana, and Taunt part was HUGE when it comes to Steed – it’s what made it so good in Aggro matchups. This one looks okay against Control, but not against Aggro. 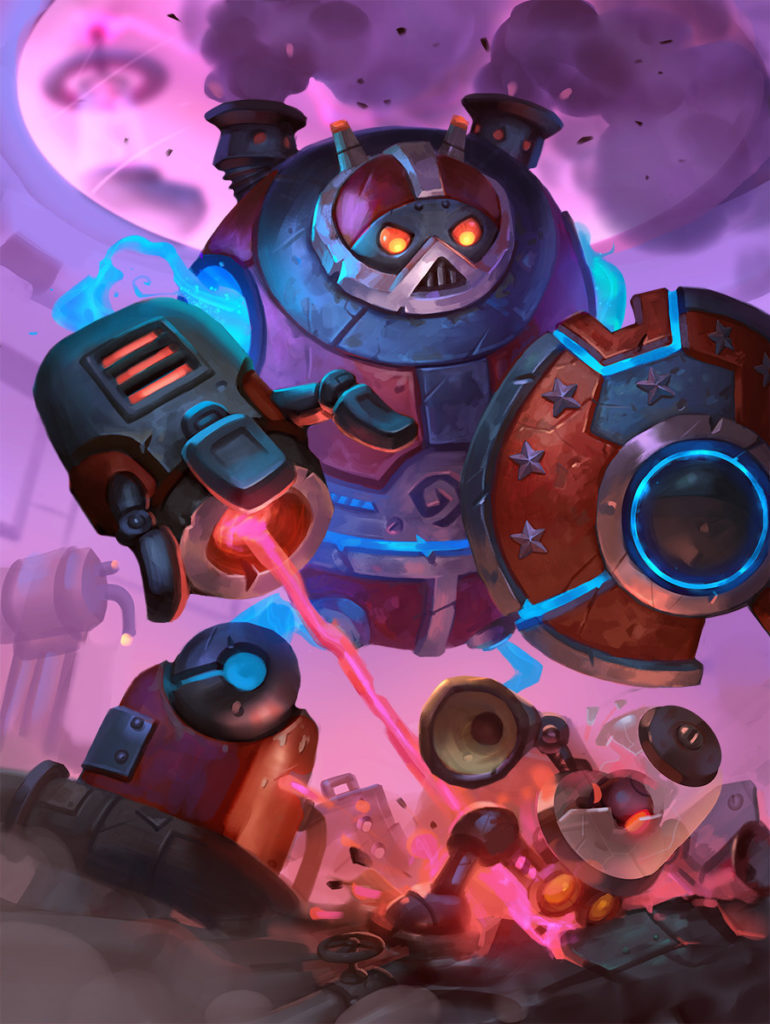