This week’s Tavern Brawl is “When Clones Attack”!

Official Description for When Clones Attack!

Zerek’s cloning technology is out of control!!! Choose a class and get a random deck, every minion you play will generate a 1/1 clone! 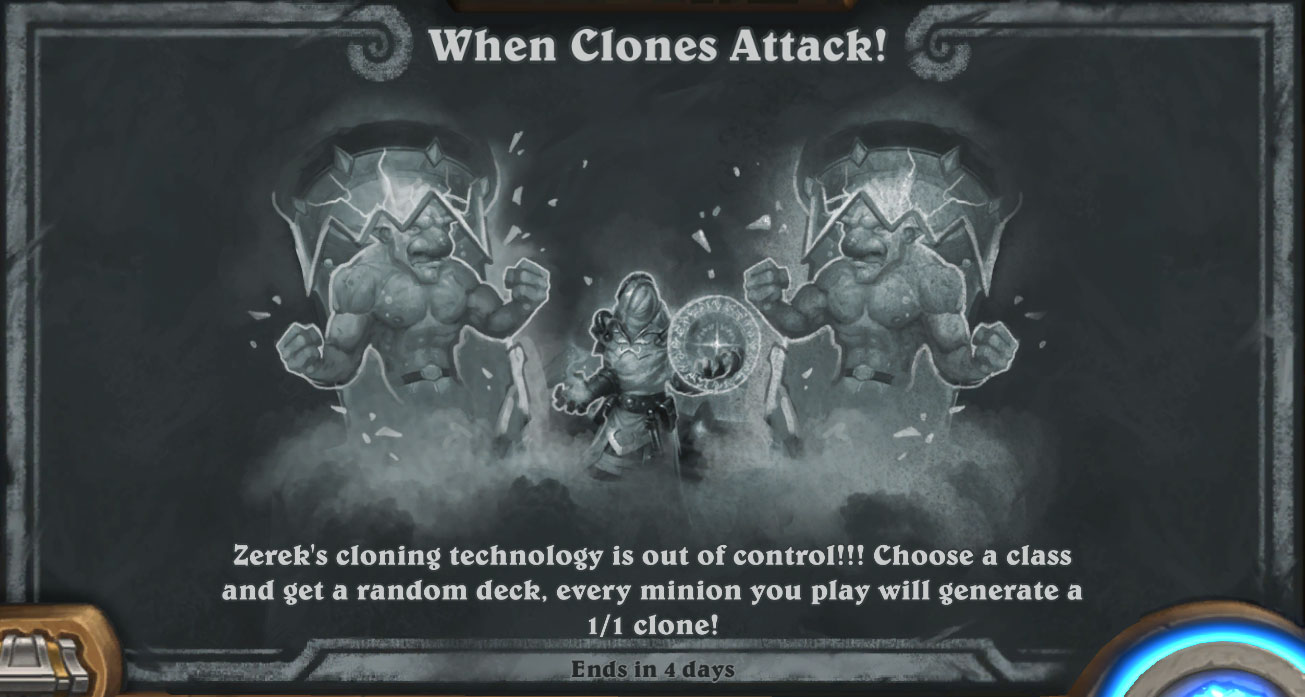