This week’s Tavern Brawl is “Randomonium”!

An encounter at the crossroads… under a manastorm! Choose a class, get random cards. Each turn your cards’ costs are randomized! 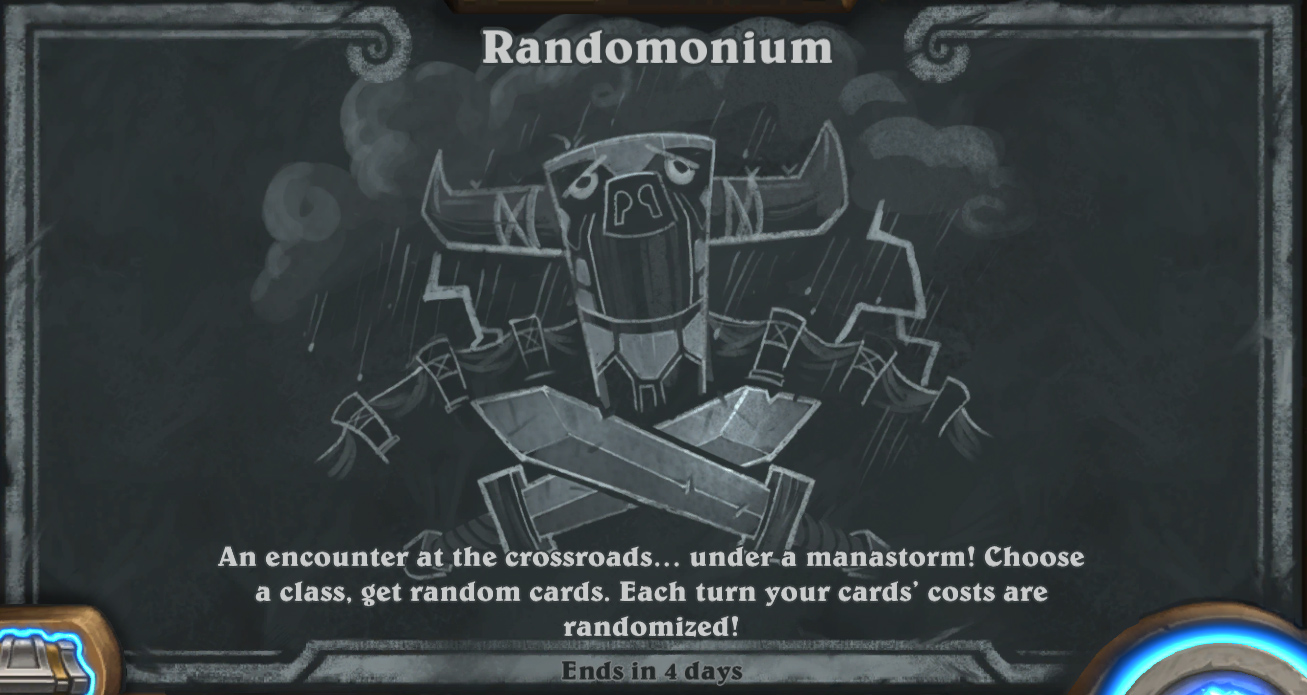