There was a patch added to the game today that has likely paved the way for the Monster Hunt that will be released tomorrow and is apart of the new Witchwood expansion. We did a bit of digging into the patch, and we found a bunch of interesting card additions. The previously voted on arena exclusives that didn’t make the cut have been added, something from a set called “slush”, and what appears to be the test cards used by Blizzard to test interactions in the game. We’re not sure how all of this is going to work, but take a look at what we found in the patch below!

In a previous patch, we data mined all of the Bosses from the Monster Hunt: Monster Hunt Guide: Bosses List, Tips and Tricks!

There’s no indication that any of these cards will be officially added to the game! They were in the patch, they might never see any type of play, so please keep that in mind! 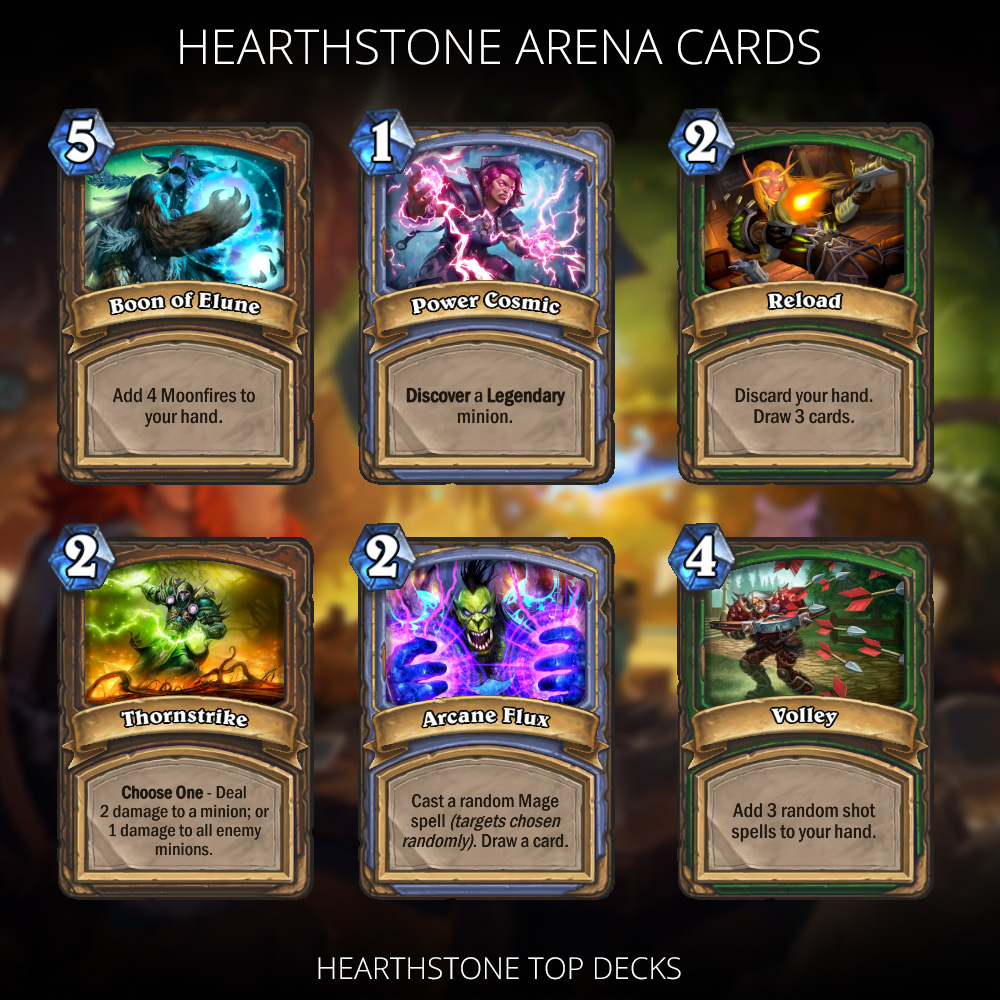 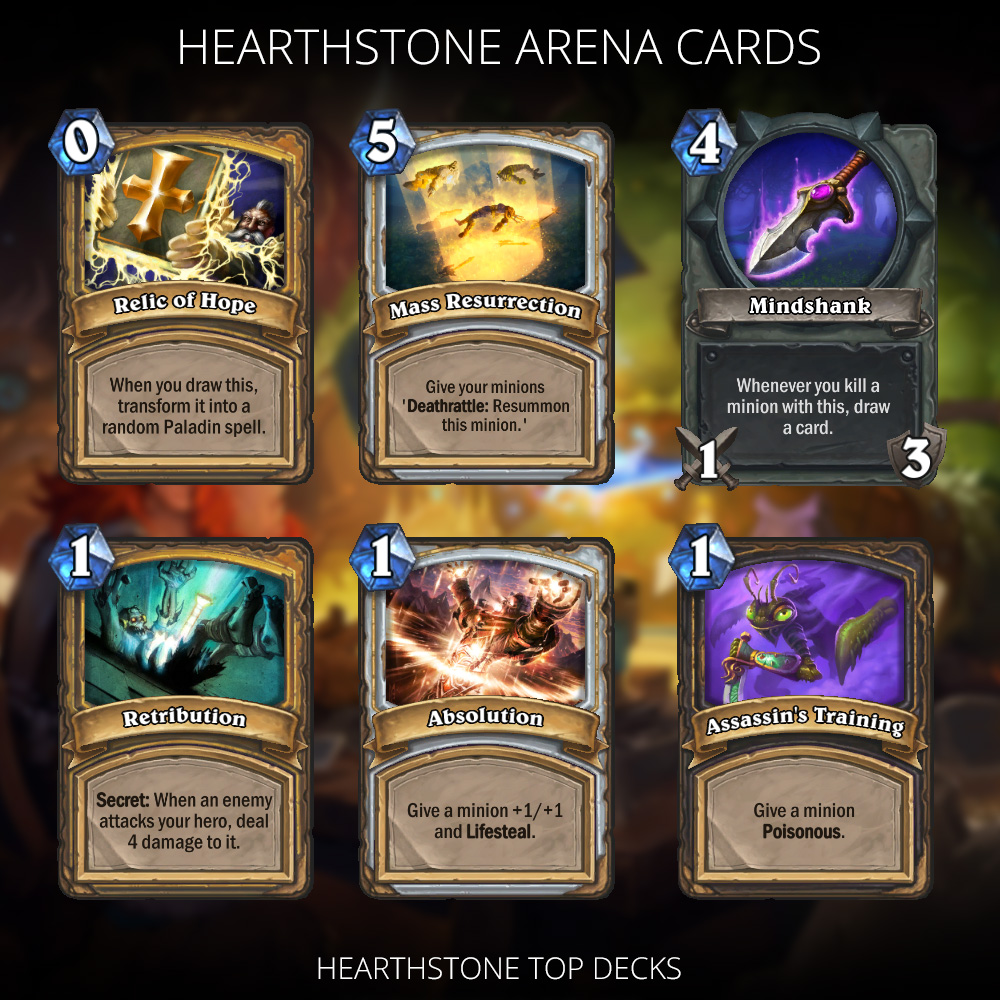 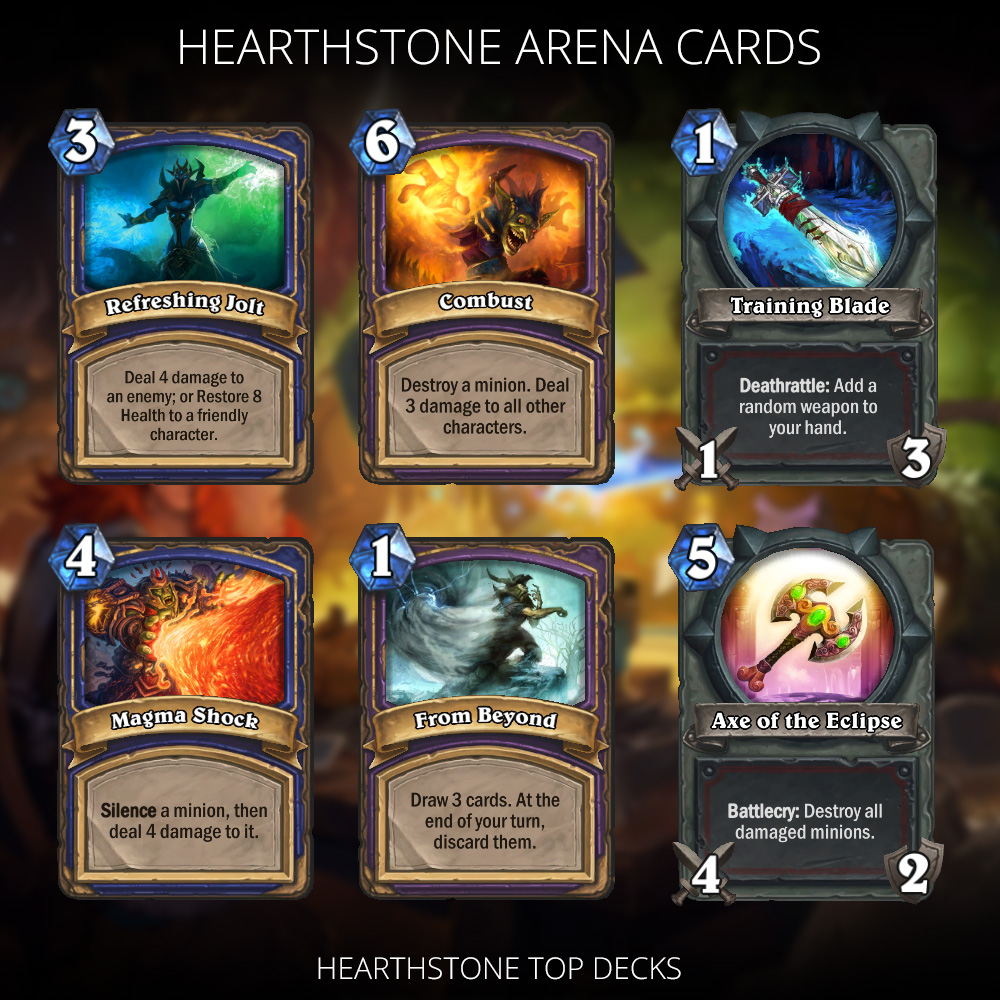 A bunch of cards were added that are listed under the set SLUSH. We aren’t sure what these are for, but some of them appeared to be pretty interesting so we decided to include them. This is only some of the cards, it looks like there was over 300 added. Let us know what you think they might be for in the comments!

Update: A keen eyed observer noticed that one of these cards was mentioned in the Hearthside Chat about the Echo keyword. This might mean that these cards were tested prior to the expansion and were eventually scrapped or changed to some of the cards that actually made the cut. 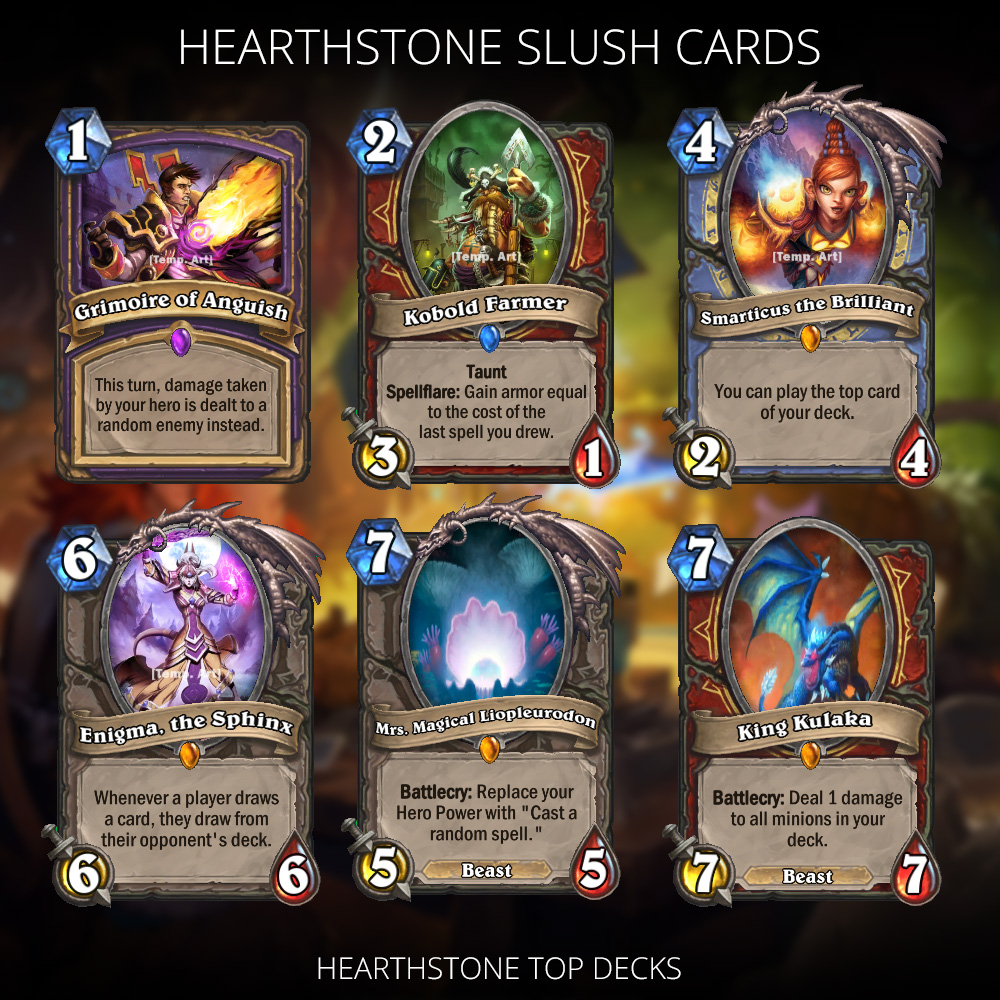 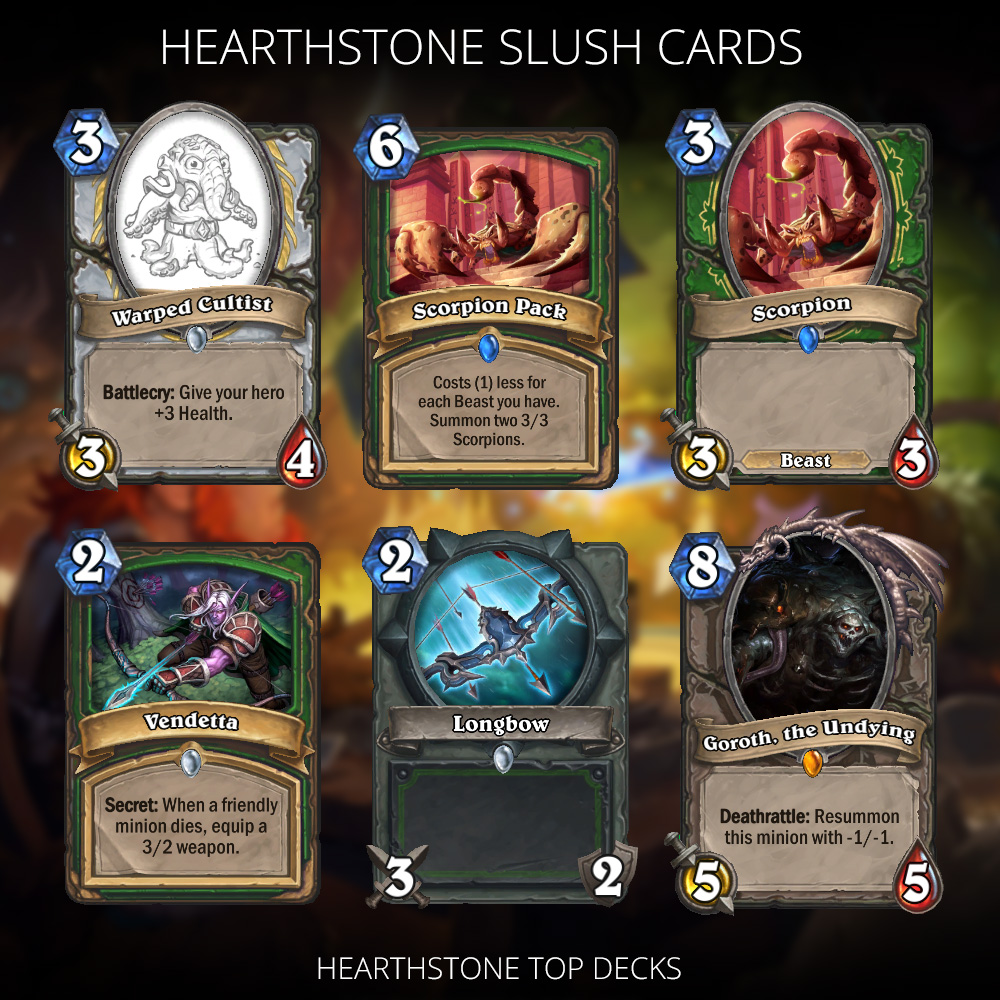 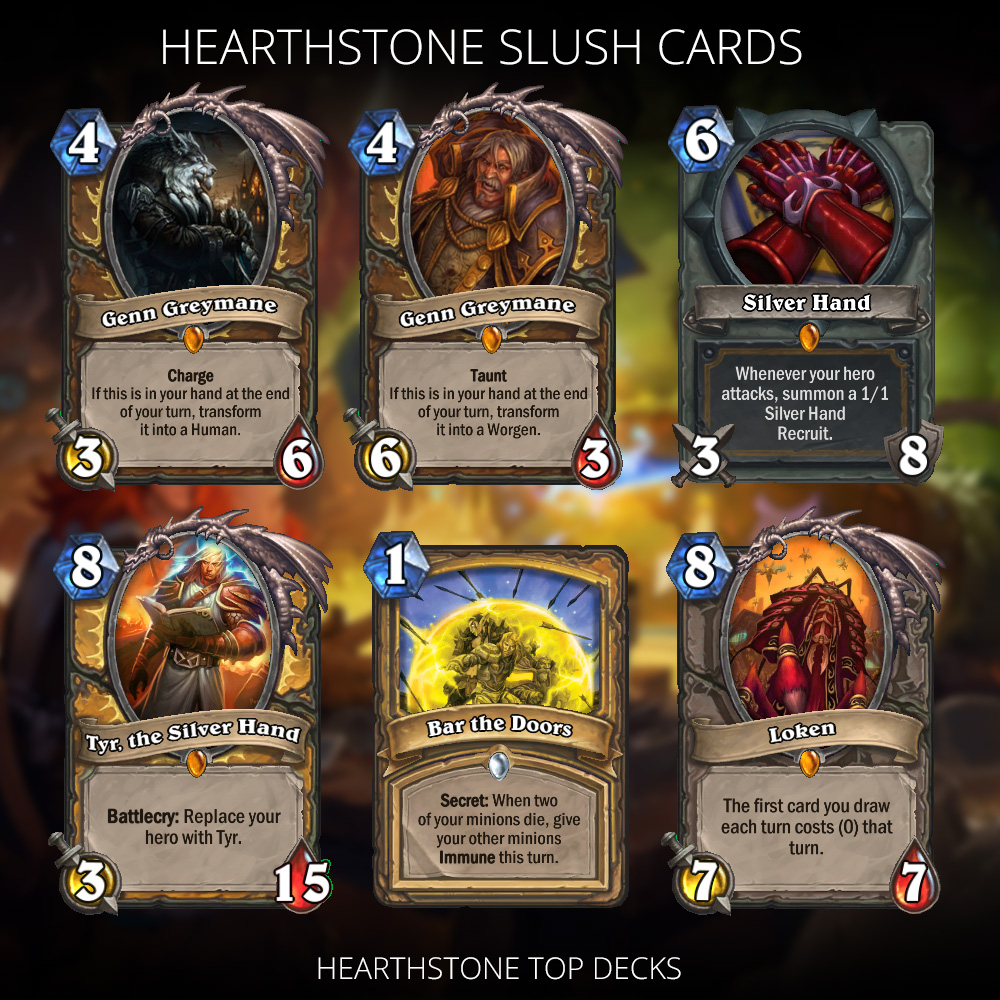 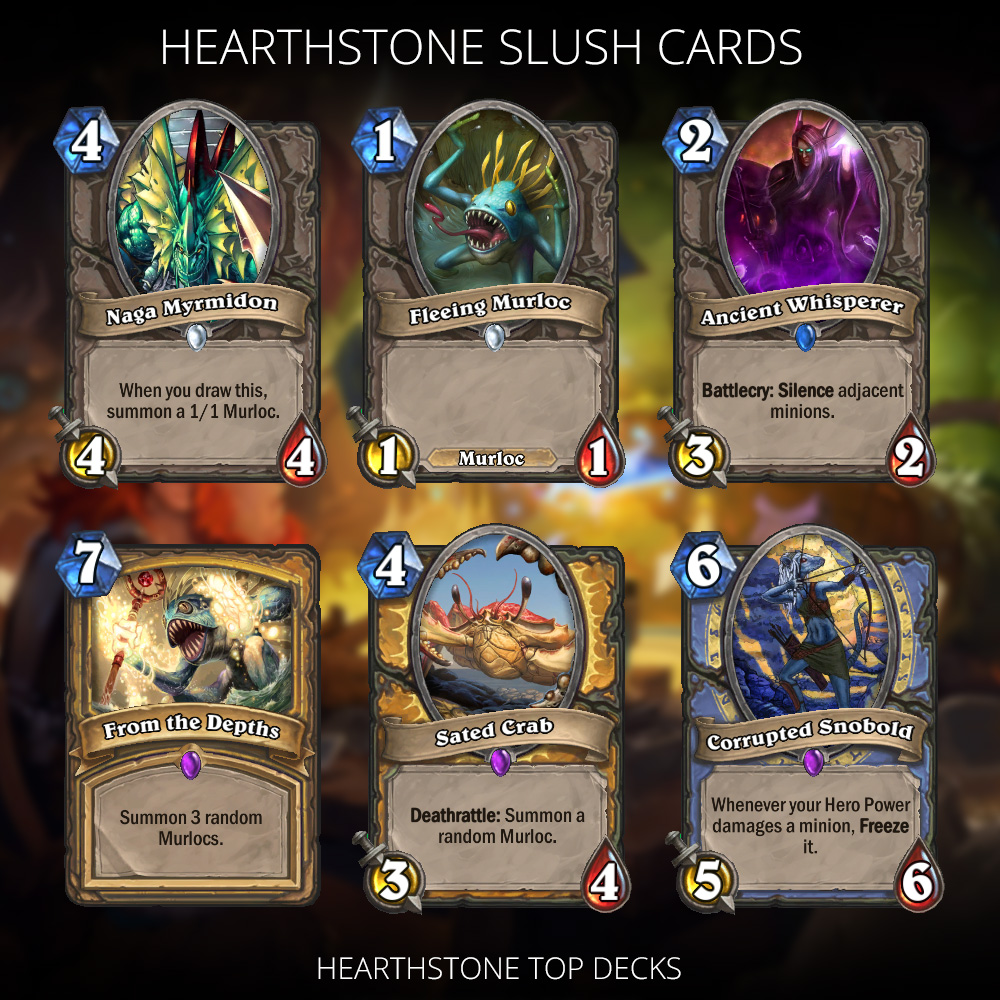 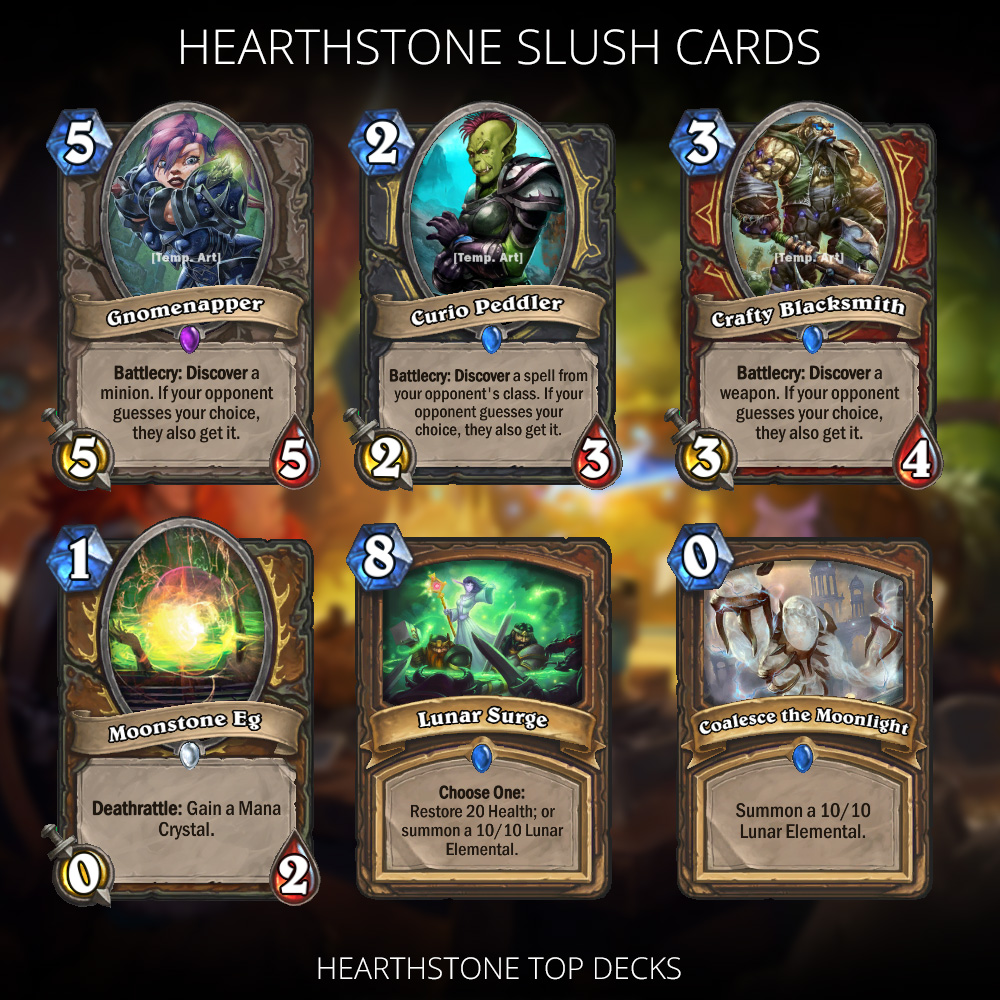 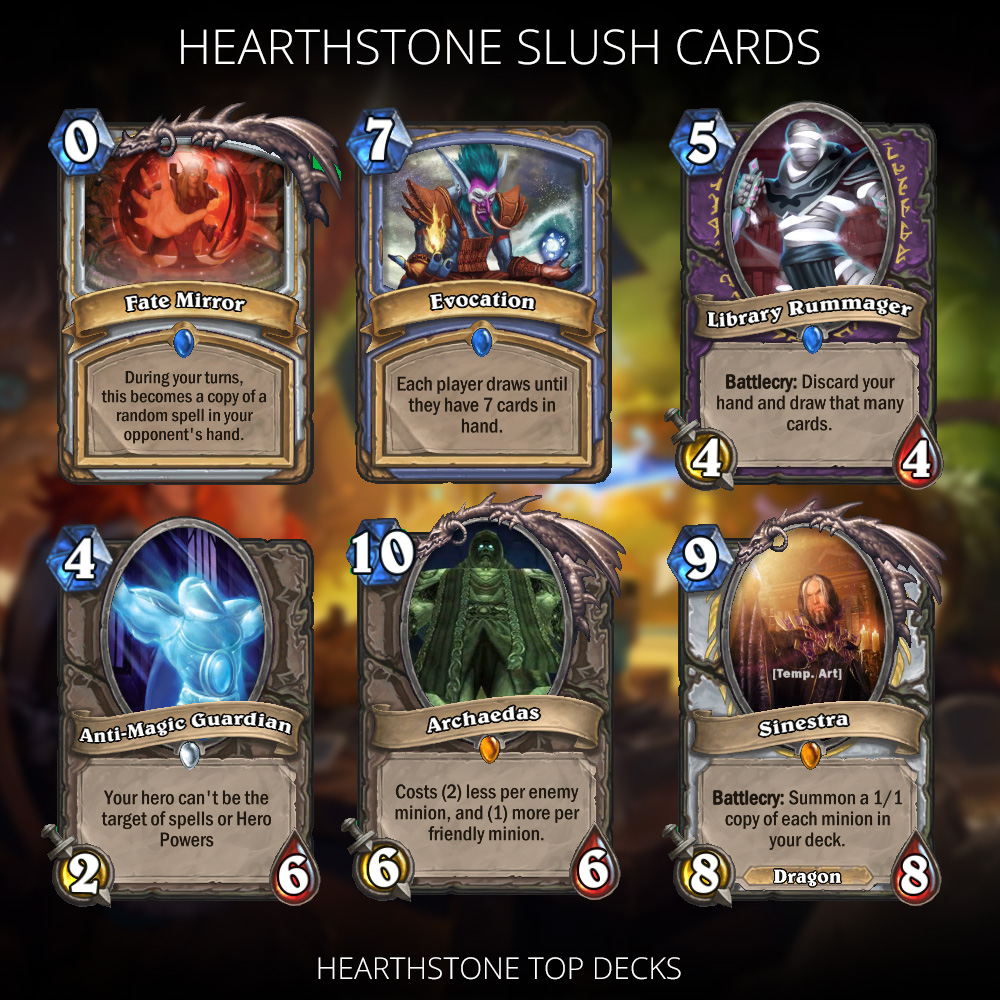 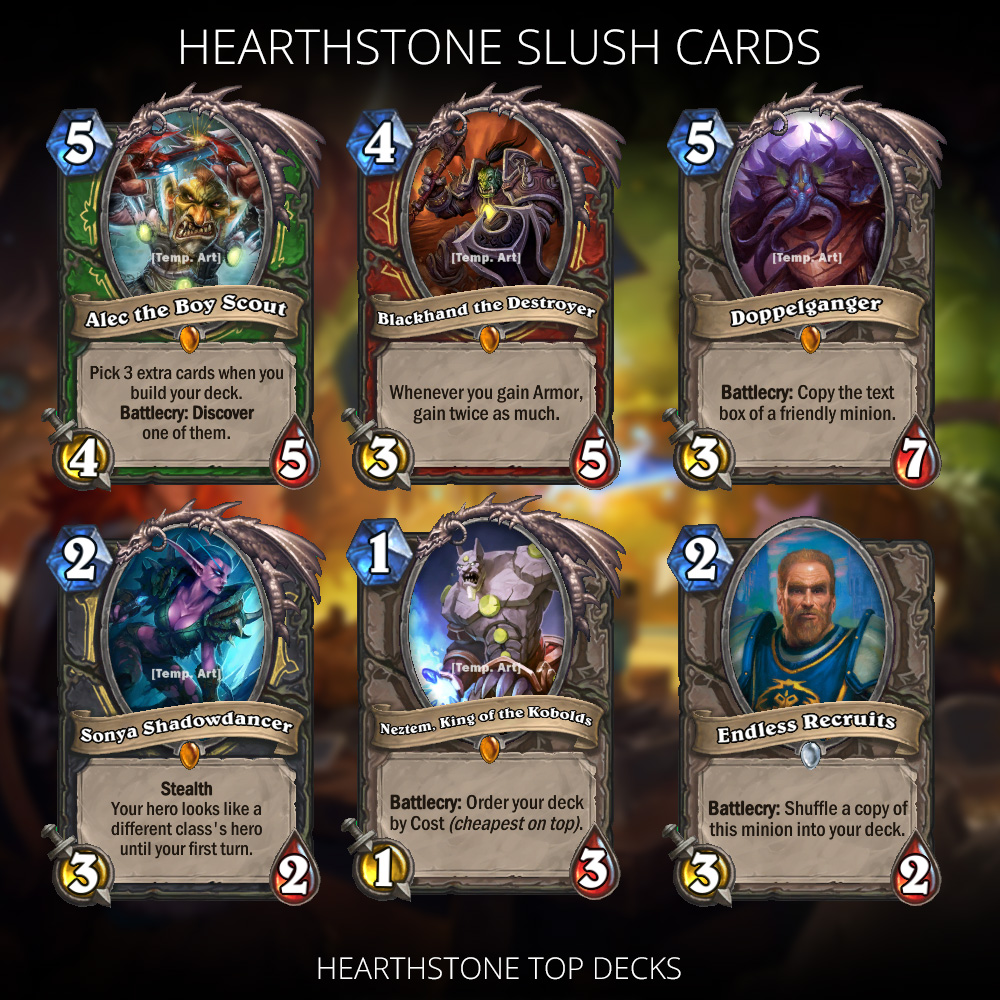 These cards are very likely used to test interactions with the game by Blizzard. Why they were added to the actual live game itself? We can’t be sure! There’s a ton of these, and some are quite boring so I listed some of the fun ones below. 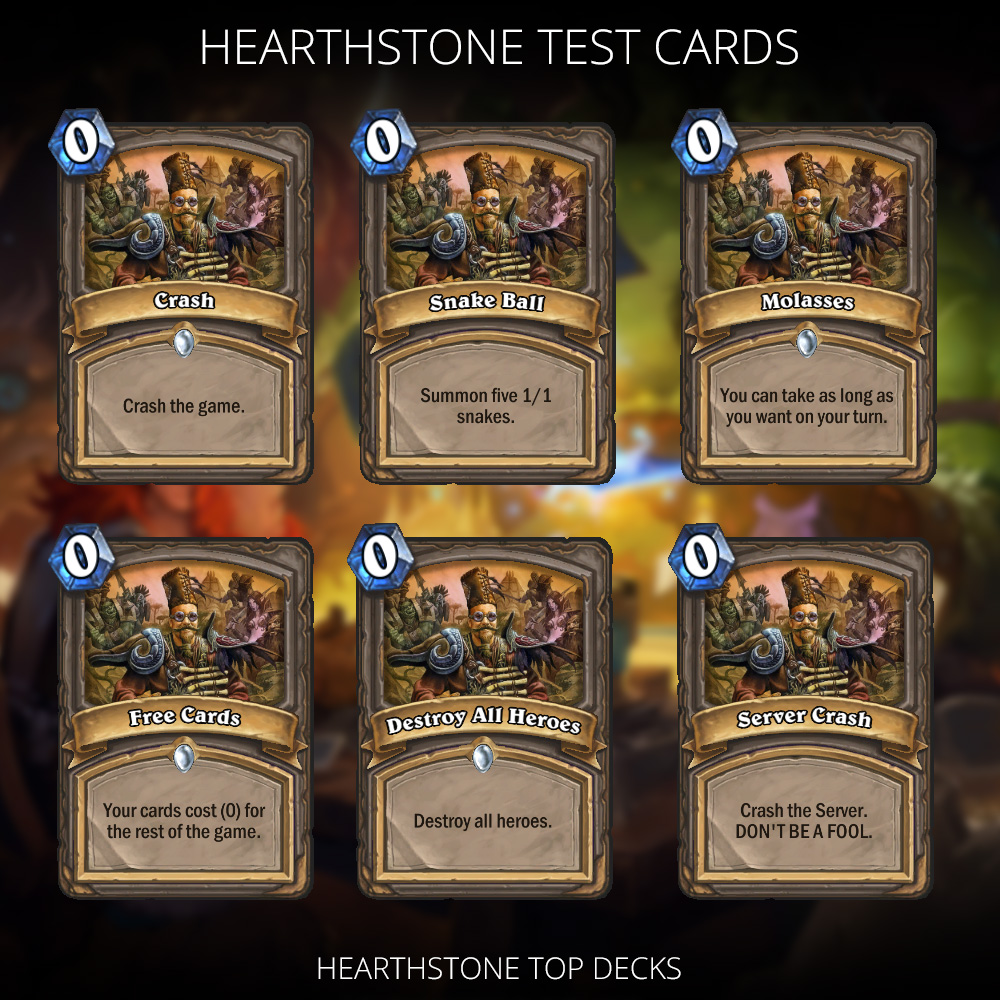 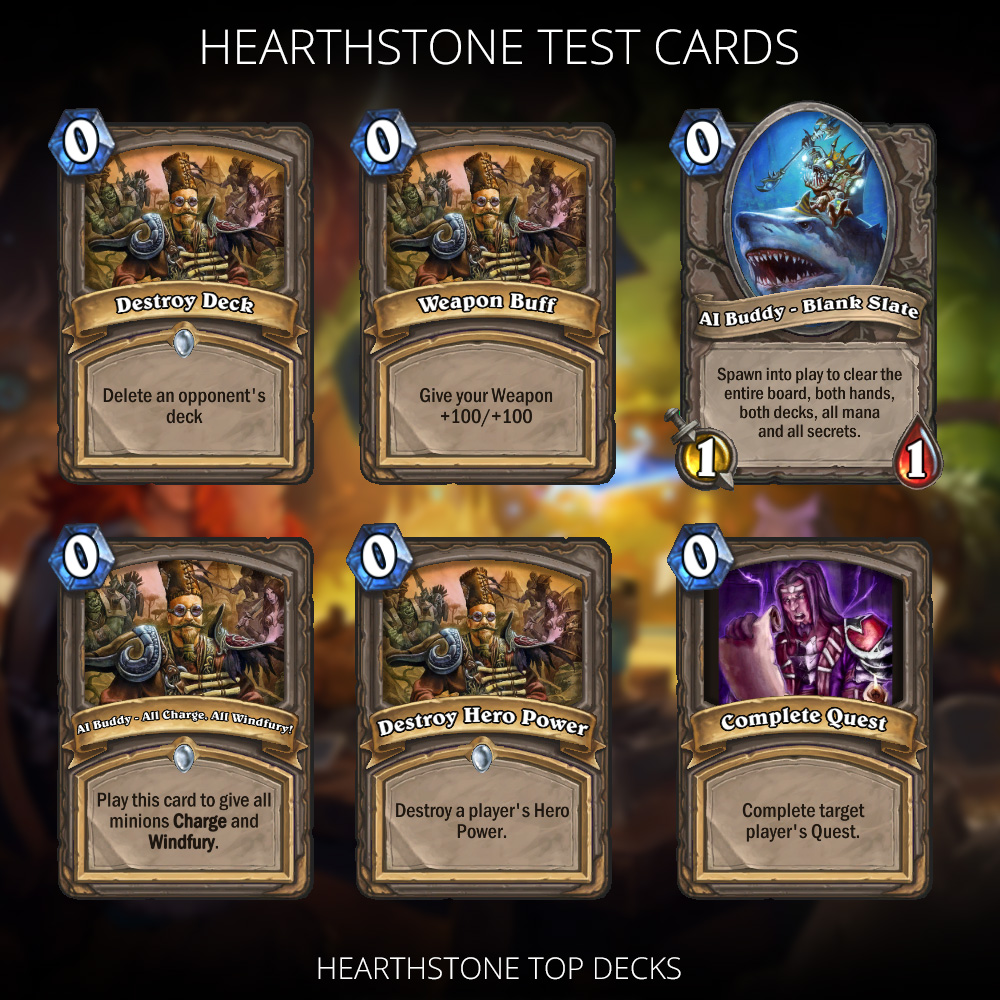