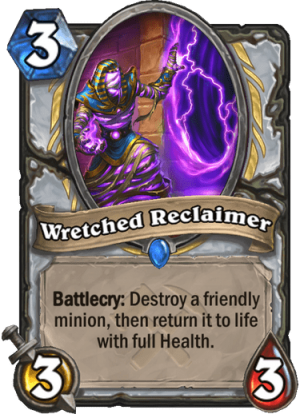 Wretched Reclaimer is a 3 Mana Cost Rare Priest Minion card from the Saviors of Uldum set!

Battlecry: Destroy a friendly minion, then return it to life with full Health.