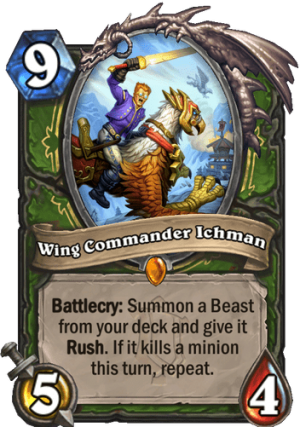 Battlecry: Summon a Beast from your deck and give it Rush. If it kills a minion this turn, repeat.

“Mulverick, it’s not your flying, it’s your faction.”
Tweet