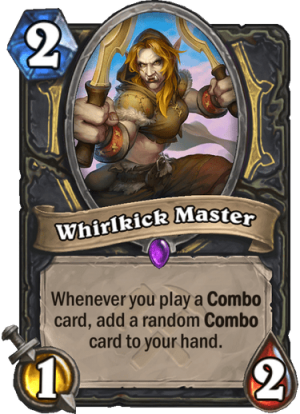 Whirlkick Master is a 2 Mana Cost Epic Rogue Minion card from the Saviors of Uldum set!

Whenever you play a Combo card, add a random Combo card to your hand.