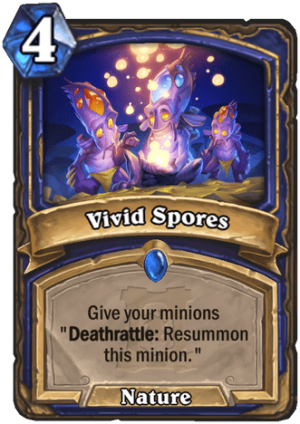 Vivid Spores is a 4 Mana Cost Rare Shaman Spell card from the Ashes of Outland set!

Give your minions "Deathrattle: Resummon this minion."

Hey man, I just feel like... death is just a construct of our imaginations, ya know?
Tweet