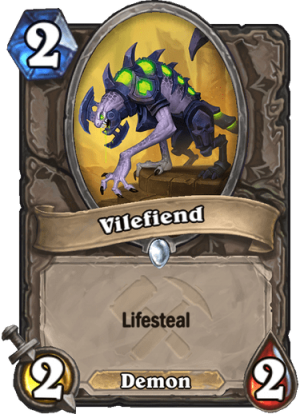 Vilefiend is a 2 Mana Cost Common Neutral Minion Demon card from the Saviors of Uldum set!

Dreamed of becoming a Stylefiend, but fel was never in season.
Tweet