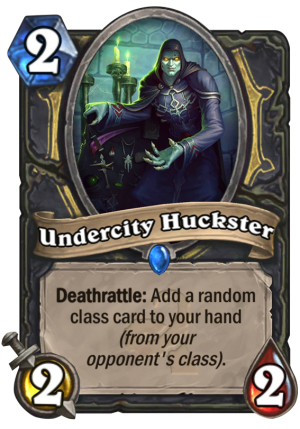 Undercity Huckster is a 2 Mana Cost Rare Rogue Minion card from the Whispers of the Old Gods set!

Deathrattle: Add a random class card to your hand (from your opponent's class).