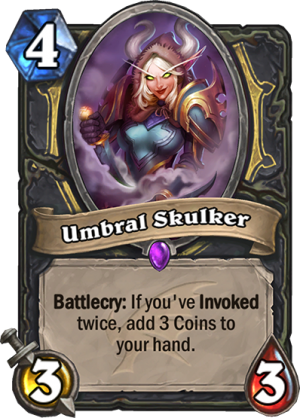 Umbral Skulker is a 4 Mana Cost Epic Rogue Minion card from the Descent of Dragons set!

Battlecry: If you've Invoked twice, add 3 Coins to your hand.

"Three gold?! Do you have any idea how long this quest chain was?"
Tweet