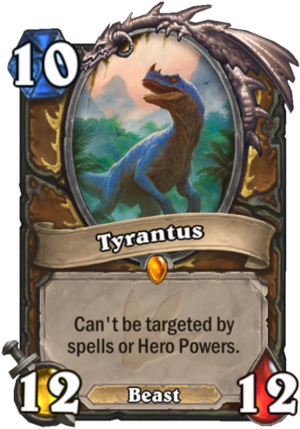 Tyrantus is a 10 Mana Cost Legendary Druid Minion Beast card from the Journey to Un'Goro set!

Can't be targeted by spells or Hero Powers.

Millennia of evolutionary pressures turned his species into the Faerie Dragons we know today.
Tweet