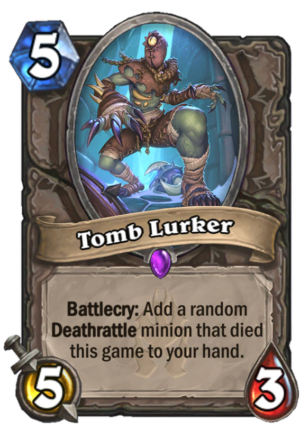 Tomb Lurker is a 5 Mana Cost Epic Neutral Minion card from the Knights of the Frozen Throne set!

Battlecry: Add a random Deathrattle minion that died this game to your hand.

She hangs out in all the tombs, but she rarely posts.
Tweet