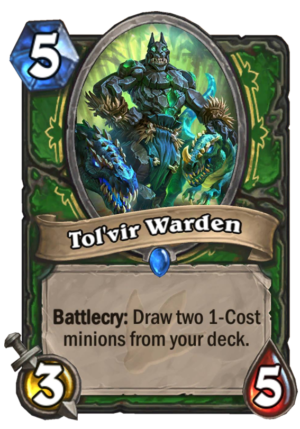 Tol’vir Warden is a 5 Mana Cost Rare Hunter Minion card from the Journey to Un'Goro set!

Ferocious in combat… and even more terrifying in pet battles.
Tweet