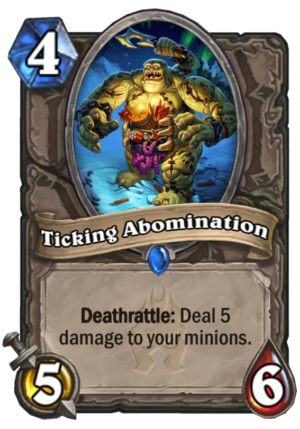 Ticking Abomination is a 4 Mana Cost Rare Neutral Minion card from the Knights of the Frozen Throne set!

Deathrattle: Deal 5 damage to your minions.