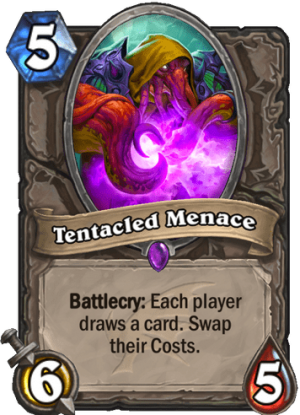 Tentacled Menace is a 5 Mana Cost Epic Neutral Minion card from the Descent of Dragons set!

Battlecry: Each player draws a card. Swap their Costs.