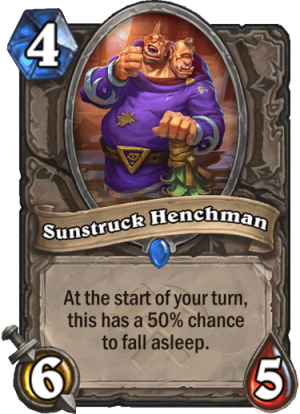 Sunstruck Henchman is a 4 Mana Cost Rare Neutral Minion card from the Saviors of Uldum set!

At the start of your turn, this has a 50% chance to fall asleep.