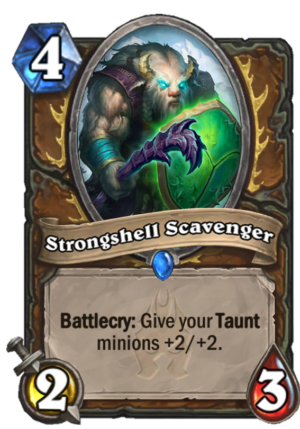 Strongshell Scavenger is a 4 Mana Cost Rare Druid Minion card from the Knights of the Frozen Throne set!

Battlecry: Give your Taunt minions +2/+2.

It isn't "grave robbing" when there's no grave. It's just scavenging…
Tweet