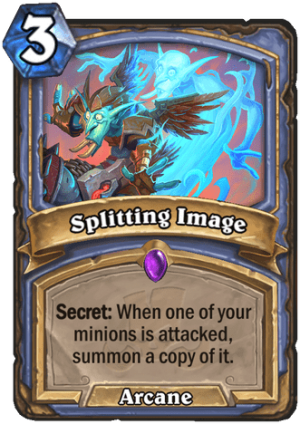 Secret: When one of your minions is attacked, summon a copy of it.

Sometimes you get punched so hard they see double.
Tweet