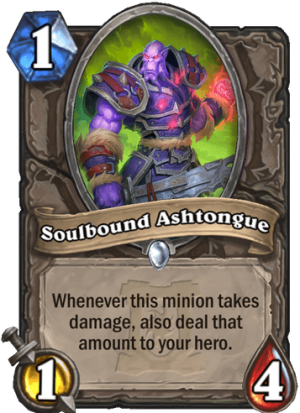 Soulbound Ashtongue is a 1 Mana Cost Common Neutral Minion card from the Ashes of Outland set!

Whenever this minion takes damage, also deal that amount to your hero.

He claims to be "soulbound," but I just think he's clingy.
Tweet