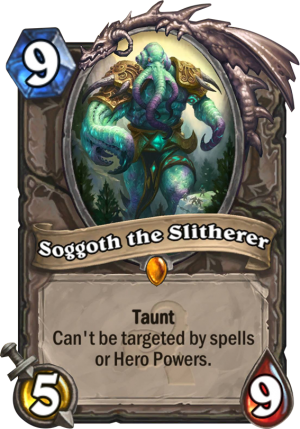 Soggoth the Slitherer is a 9 Mana Cost Legendary Neutral Minion card from the Whispers of the Old Gods set!

Taunt Can't be targeted by spells or Hero Powers.

Don't tell Soggoth, but in the future he gets totally owned by the Master's Glaive and his skull becomes a tourist attraction.
Tweet