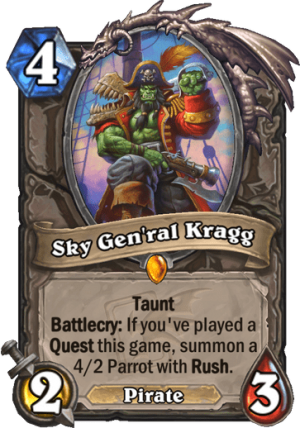 Taunt Battlecry: If you've played a Quest this game, summon a 4/2 Parrot with Rush. 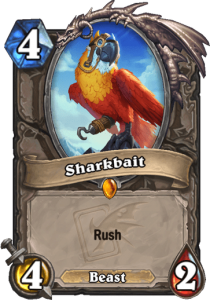