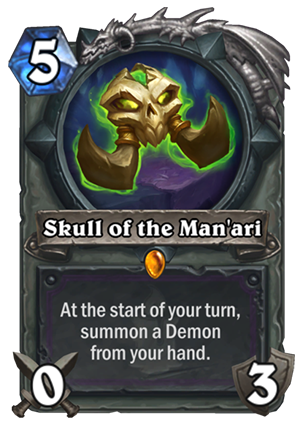 Skull of the Man’ari is a 5 Mana Cost Legendary Warlock Weapon card from the Kobolds and Catacombs set!

At the start of your turn, summon a Demon from your hand.