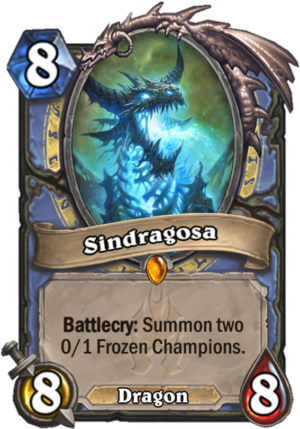 Sindragosa is a 8 Mana Cost Legendary Mage Minion Dragon card from the Knights of the Frozen Throne set!

"I recognize your effort but I think your magic still has room for improvement." - Sindragosa after taking a class on giving constructive feedback.
Tweet