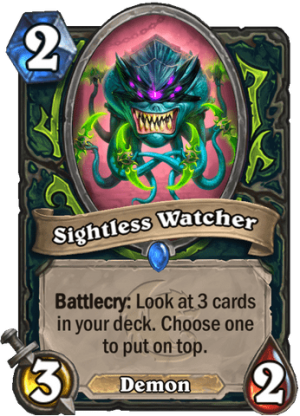 Battlecry: Look at 3 cards in your deck. Choose one to put on top.

What he lacks in sight, he makes up for in sleight-of-tentacle tricks.
Tweet