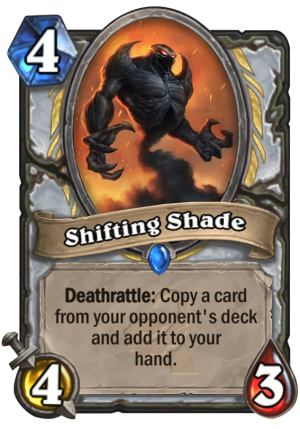 Shifting Shade is a 4 Mana Cost Rare Priest Minion card from the Whispers of the Old Gods set!

Deathrattle: Copy a card from your opponent's deck and add it to your hand.

Yeah, it's cooler in the shade, but you're also more likely to get JACKED.
Tweet