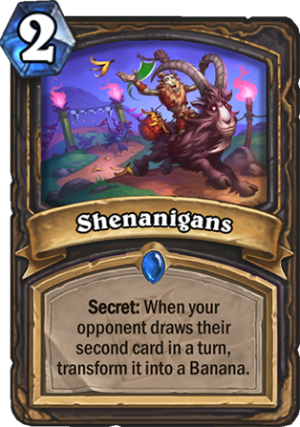 Secret: When your opponent draws their second card in a turn, transform it into a Banana.