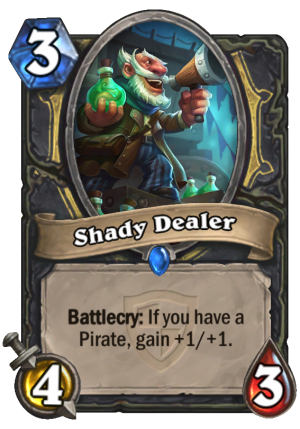 Shady Dealer is a 3 Mana Cost Rare Rogue Minion card from the The Grand Tournament set!

I have great deal for you... for 4 damage to your face!
Tweet