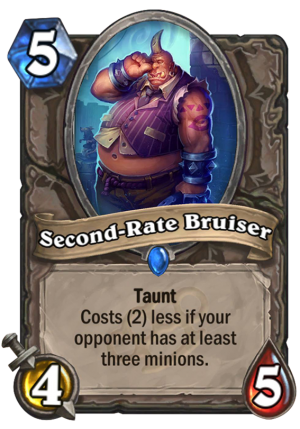 Taunt. Costs (2) less if your opponent has at least three minions.

He'll be a first-rate bruiser once he gets used to his contacts.
Tweet