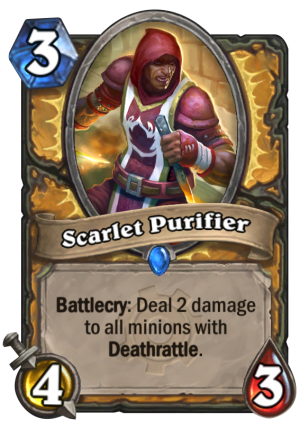 Scarlet Purifier is a 3 Mana Cost Rare Paladin Minion card from the Goblins vs. Gnomes set!

Battlecry: Deal 2 damage to all minions with Deathrattle.

The Scarlet Crusade is doing market research to find out if the "Mauve Crusade" would be better received.
Tweet