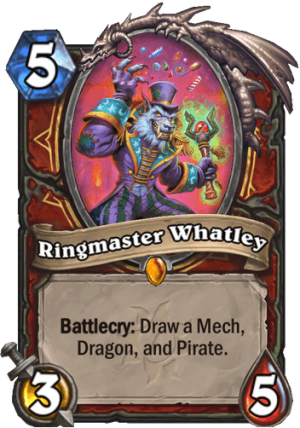 Ringmaster Whatley is a 5 Mana Cost Legendary Warrior Minion card from the Madness at the Darkmoon Faire set!

His main qualification is that he'll work with anyone. Or anything.
Tweet