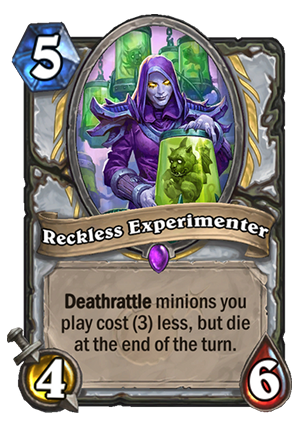 Reckless Experimenter is a 5 Mana Cost Epic Priest Minion card from the The Boomsday Project set!

Deathrattle minions you play cost (3) less, but die at the end of the turn.

It's hard to call her reckless when it's clear she knows what she's doing.
Tweet